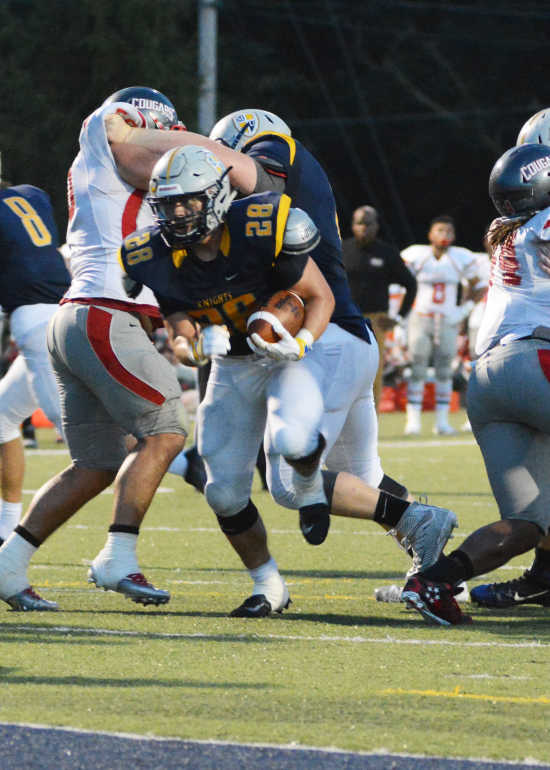 Having completed his playing career as the second-leading rusher in Marian University history, Rob Gibson will remain involved in college football this fall as an assistant coach at Montana Tech of the University of Montana in Butte, Mont.

A high school standout for South Putnam, Gibson recently accepted an offer to become the running backs and tight ends coach for the Oredigger program.

Gibson believed he was taking a bit of a flyer even applying for the job but it paid off in the end.

“I applied for an assistant job, not thinking I’d really get it,” Gibson said, “sent in my resume and letter of interest and they called me.”

The month of May will be a bit of a whirlwind for Gibson. He’s set to graduate from Marian on Saturday, May 6 then fly to Butte on Monday, May 8.

He’ll return to Indiana to get married on May 27 and then fly back to Montana at the beginning of June.

Like Marian, Montana Tech is an NAIA school, competing primarily in the Frontier Conference. Head coach Chuck Morrell and the Orediggers have posted back-to-back 10-2 seasons and 23 straight weeks in the NAIA Coaches Top 25 Poll.

“Rob came with very high recommendations from his former coaches,” Morrell said. “There is no doubt that he is a motivated young man that has the character and work ethic to be successful.

“We are looking forward to having him as a part of the Montana Tech coaching staff.”

Gibson’s playing days may be at an end, but he is ready to share his experience with a new generation of players.

“I am extremely excited,” he said. “I have a lot to do but have always been driven to coach college football.”

In four years at Marian, Gibson helped the Knights to a 40-11 record, including three straight playoff appearances, national runner-up in 2014 and the 2015 NAIA National Championship.

Gibson ranks second in program history with 2,163 rushing yards and in touchdowns with 25.

He’s also sixth in both yards per rush and yards per game.