Communiversity event to focus on impressionism 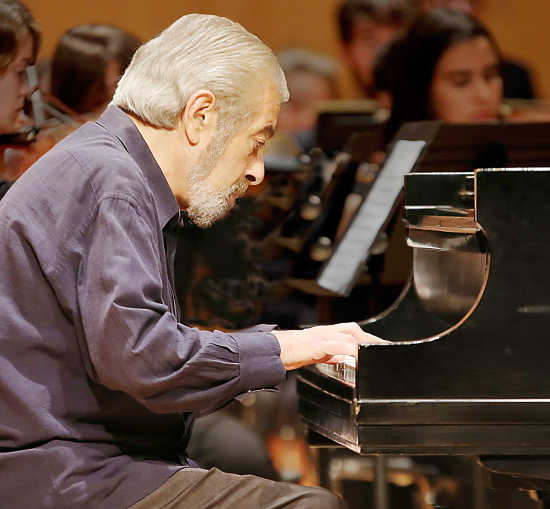 DePauw School of Music’s spring Communiversity offering “French Impressionism and the Music of Claude Cymerman and Friends,” on Saturday, April 8 at Music on the Square, includes a two-part opportunity to experience both the art and music of the period as presented by several Indiana artists. Advance tickets, which include options for a painting class, food, wine and music are available for $15-40 at www.music.depauw.edu.
Courtesy of DePauw University

French impressionism in art and in music aimed to capture glimpses of life’s fleeting moments — the vibrancy of the light at sunrise, the serenity of a lily pond or the conversations between wind and waves — a celebration of the world moment-by-moment.

On Saturday, April 8, DePauw School of Music invites lifelong learners to Music on the Square for its Spring Communiversity offering on this popular 19th-century movement.

Arrive downtown at the 21 N. Indiana venue at 6:30 p.m. for a full evening of all things French or drop-in a little later to listen to the music of local Frenchman Claude Cymerman and friends.

Part I will kick off with an impressionistic painting class, French wine and hors d’oeuvres.

View a selection works curated by the Richard E. Peeler Art Center, nibble on cheeses and crostini and sip a Kir Royale while creating an impressionistic masterpiece guided by Wine and Canvas of Indianapolis.

Then, feeling truly Parisian, plan to linger into the starry night for the second half of the program. Part II, beginning at 8 p.m., includes pastries, wine and a performance of French music by a trio of pianists: DePauw’s own Claude Cymerman and Anthony Weinstein, who will be joined by Émile Naoumoff from the IU Jacobs School of Music.

Repeat presenters at the Green Center and the Greencastle Summer Music Festival, Cymerman and Weinstein are well known to local audiences.

A lesser known fun fact: during their student days in France, Cymerman and Naoumoff, coincidentally, both trained at the Paris National Conservatory and are products of the same teacher, Pierre Sancan.

A child prodigy, Naoumoff is also the last student of the legendary French composer and teacher Nadia Boulanger, who referred to him as “the gift of my old age.”

Over the course of his career as a performer and composer, he has received numerous awards, including the Médaille d’honneur de Paris and the Prix de Composition de l’académie des Beaux Arts. Naoumoff, who has been likened to both Vladimir Horowitz and Arthur Rubinstein as a pianist, displaying — as one critic remarked “the fire of the former and the poetry of the latter” — currently resides in Bloomington, where he is a professor of music at Indiana University.

Among the examples of French and American impressionist painting on display throughout the evening from the Peeler Art Center, are: “Duetto” by Ruth Bernice Anderson, “Flaming Bush” by Veraldo Joseph Cariani, “Landscape of Mont St. Victoire” by Paul Cezanne, “Sally” by Marie Goth and “Old Mill on Roaring Fork” by Carl Christopher Graf.

Admission to Music on the Square’s Spring 2017 Communiversity, Parts I and II, is $40 per person; Part II alone is $15. As participation is limited to the first 80 people, advance tickets are requested and are available for purchase online at music.depauw.edu.

Communiversity [n. Community + University = expanded universe] courses invite adult-learners into conversation with music-makers, creators and innovators. This activity is made possible, in part, by the Indiana Arts Commission, with support from the National Endowment for the Arts, a federal agency.