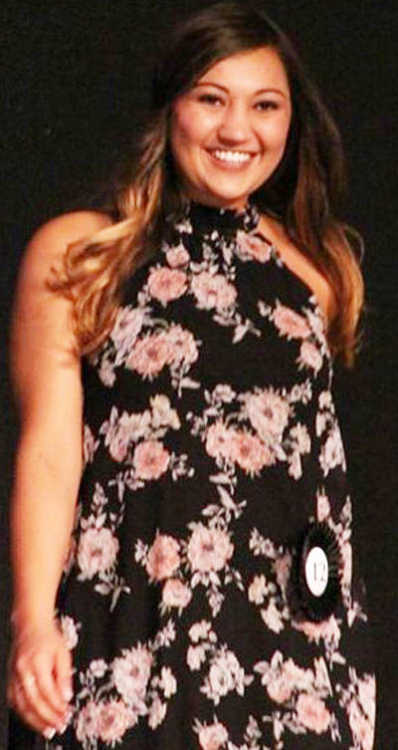 MADISON -- A 21-year-old DePauw University senior is the winner of the 2017 Miss Madison Regatta Scholarship Pageant.

As Miss Madison, Katie Browning will represent the longtime tradition of Regatta boat races, which will have its 67th annual event over Independence Day weekend (June 30-July 2) on the Ohio River in Madison.

The daughter of Steve and Martina Stokes and Jason and Jennifer Browning, she is a 2014 graduate of Madison High School.

Browning is studying communications and sociology and serves as general manager of the university TV station, vice president of public relations and marketing for Alpha Chi Omega and deejays for WGRE, the university radio station.

Browning also works as an intern at the Madison Area Chamber of Commerce.

Each contestant was given a nonprofit organization to research and present her findings. They were also asked to complete five volunteer hours with their respective nonprofits.

Browning spoke without the benefit of written notes about Ruth Haven -- a residential program for women in recovery from alcohol or substance abuse. She told the story of “Maxine,” a woman whose life had been turned upside-down by methamphetamine use but whose “ship was righted after completing her time at Ruth Haven.”