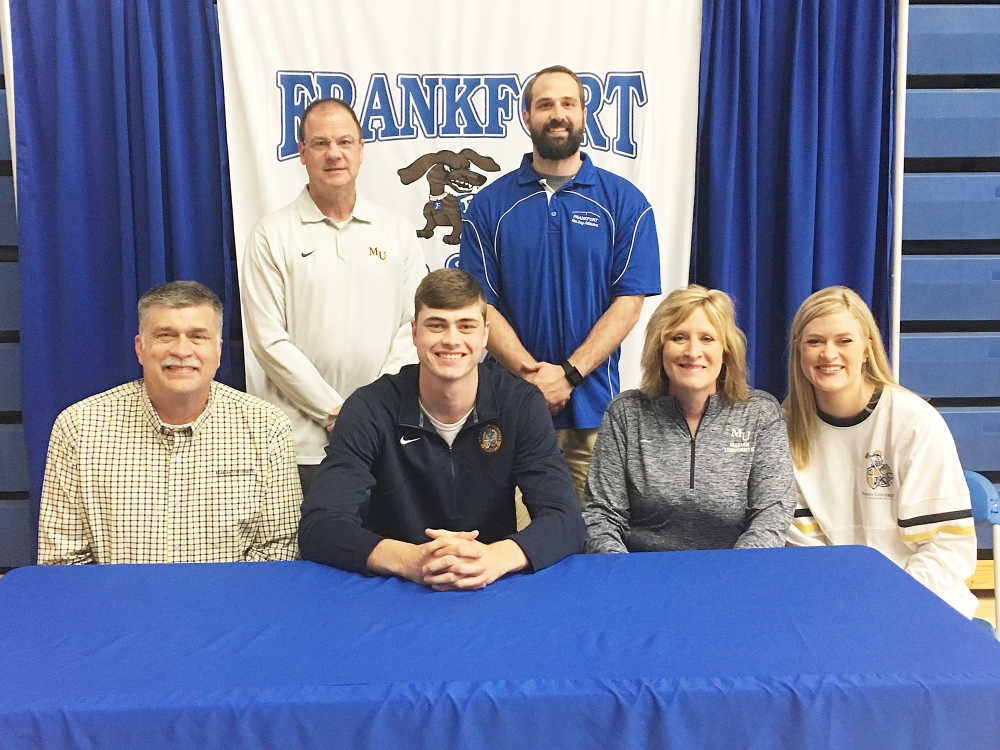 Carter Taylor, son of Mike and Ruth Taylor and the grandson of the late Max Pickel and Lelah Pickel of Bainbridge, will continue his basketball career at Marian University after a stellar career at Frankfort High School.

Taylor, a 6-7 forward, averaged 18.7 points and 9.5 rebounds during his senior year at Frankfort under coach Jared Catron.

“I am pretty excited,” Taylor told the Frankfort Times. “It is a really exciting time right now, and I am looking forward to next year.”

Taylor liked the Indianapolis school for its proximity to Frankfort and also for new head coach Scott Heady, who formerly was head coach at Carmel High School.

“It was close to home,” Taylor said. “I like the coaching staff and the guys on the team, as well. I had it pretty well narrowed down to two schools, and Marian was my top choice.”

Head took over this spring when previous coach Carson Harris resigned in February.

“Obviously, he has had a great career at Frankfort and scored 1,000 points here,” Heady said. “When I got the job, it was late in the high school season, so I was still able to come over here and see him play a game. That was the night he went over 1,000 points.”

In that game, Taylor had 18 points and eight rebounds.

“I am really looking forward to getting him on campus and getting him acclimated to college life,” Heady added. “The first thing will be to get him started on a positive note academically, and then getting him to work with our team.”

Heady likes many things about Taylor, including his size and his overall skill level.

“I like his size, and his ability to play inside and outside,” Heady said. “Even in our league [Crossroads], his size is going to be something that is really positive for him. I like how he can shoot it on the perimeter and also the way he passes the ball.”