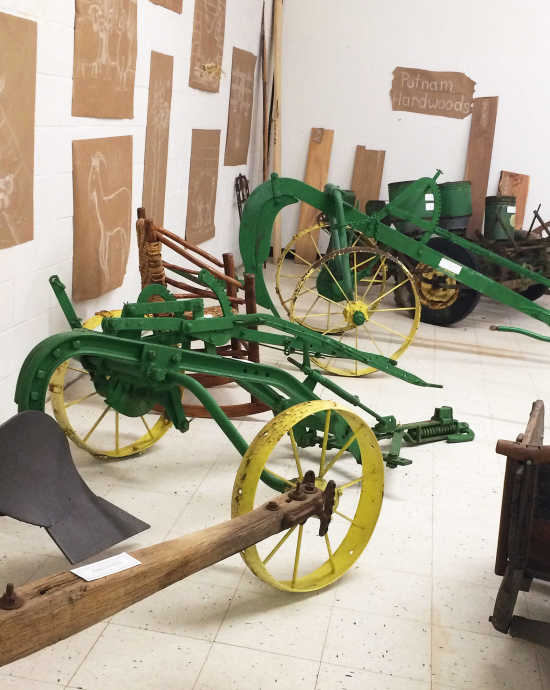 On display through the end of July at the Putnam County Museum is the bicentennial exhibit “It’s Always Been About the Land.”
Courtesy photo

For more than a year now the Putnam County Museum has been host to the bicentennial exhibit “It’s Always Been About the Land.” However, time is running out to enjoy seeing these timeless pieces of historical agricultural equipment in the museum.

Once the Putnam County Fair is over at the end of the month, the items will start to be returned to their owners as well as some being returned to the pioneer museum at the Indiana State Fairgrounds.

The Putnam County Museum has partnered with the Purdue Agricultural Alumni Association as well as the Indiana State Fairgrounds on the project on which the late Ron Price worked so hard to obtain the loan of these interesting utilitarian artifacts currently on display at the museum.

The Putnam County Museum has been fortunate to have such items on exhibit during Indiana’s bicentennial year of 2016, and has taken great pride in showcasing the pieces to illustrate how in Indiana, in essence, it has “Always Been About the Land.”