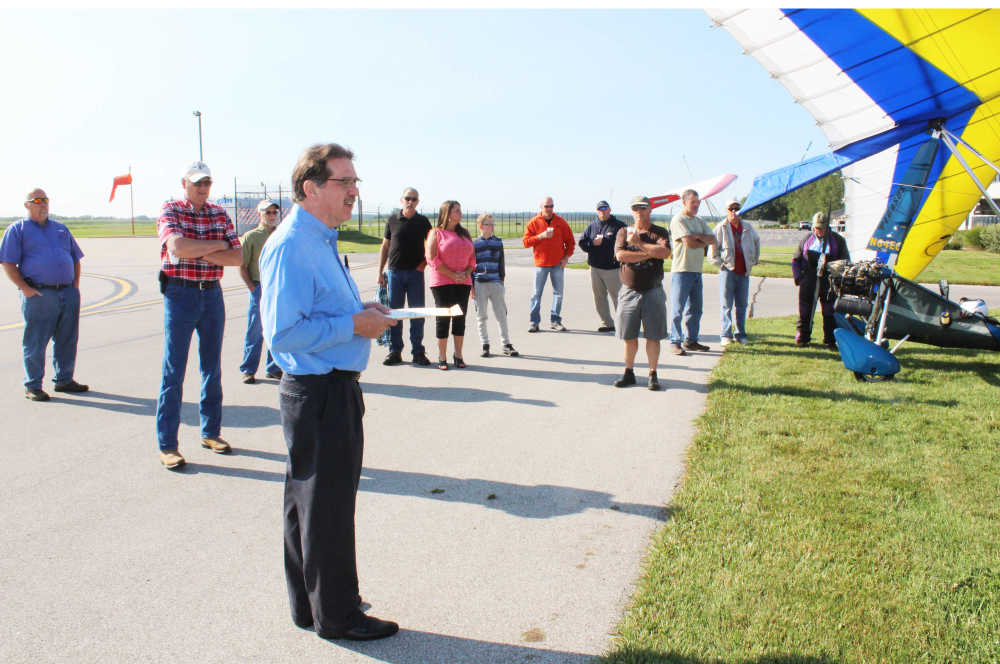 Area youth ages 8-17 will have a chance to take to the skies with a free airplane ride on Sept. 9 or 10 as Experimental Aircraft Association (EAA) Chapter 1374 hosts a Young Eagles Flight Rally at the Putnam County Regional Airport during Airport Appreciation Days Saturday and Sunday.

The rally is part of the EAA Young Eagles program, created to interest young people in aviation. Since the program was launched in 1992, Volunteer EAA pilots have flown more than two million young people who reside in more than 90 countries.

Free airplane rides are just part of the Young Eagles Flight Rally. The organization hopes to build relationships between pilots and young people, giving a new generation a chance to learn more about the possibilities that exist in the world of aviation.

Pilots at the event will also explain more about their airplanes allowing young people to discover how airplanes work and how pilots ensure safety is the prime concern before every flight.

Following the flight, each young person, will receive a certificate making them an official Young Eagle. Their name will then be entered into the “World’s Largest Logbook,” which is on permanent display at the EAA Air Adventure Museum in Oshkosh, Wis. The logbook is also accessible on the Internet at www.youngeagles.org.

In addition to receiving a certificate, the new Young Eagles will be given a logbook to log future Young Eagles flights. The logbook will contain an access code for a complete free online Flight Training course offered by Sporty’s Pilot Shop.

Along with flight rallies, EAA members also fly Young Eagles on an individual basis. Each pilot volunteers their time and aircraft so the flights can be provided free of charge for interested young people ages 8-17.

Sept. 4-10 has been declared by Mayor Bill Dory and by the Putnam County Commissioners as Young Eagles Week. Flight registration Sept. 9-10 will begin at 10 a.m. with flights running from 11 a.m. to 5 p.m. (weather permitting; a parent or guardian must be present).