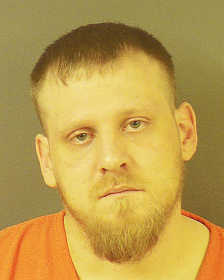 SPENCER — Two men linked to an April home invasion in Putnam County are now wanted in relation to a similar crime that occurred in Owen County about a month later.

Both Reese, who is in custody, and Maybaum, who remains at large, are accused of perpetrating a similar crime in Putnam County on April 2. 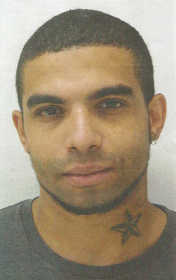 The warrants stem from a May 2 report of a home invasion on Wasatch Lake Road in Poland. A 74-year-old victim was treated for a head wound sustained during the incident.

Detectives learned from the victim that he was lying on the floor of his residence that morning and heard a loud noise at his front door. Three masked individuals carrying firearms entered his home, two of whom began ransacking the house and the third directed him at gunpoint to remain on the floor, to remain still and to be quiet.

During the course of the home invasion, one of the masked individuals struck the victim in the head with a firearm, causing a gash to his head. Subsequently, the trio fled the residence and stole two of the victim’s vehicles.

The victim drove himself to a neighbor’s property to summon the police since his phone had been ripped from the wall during the home invasion.

One of the stolen vehicles was recovered later in the day, a few miles away from the scene of the incident.

Over the next couple of days, Owen County detectives learned that the suspects from the Putnam County home invasion were also under investigation in Shelby, Parke and Marion counties for similar crimes.

Officers from each of those agencies subsequently met and joined efforts to investigate this group of suspects. Subpoenas and search warrants were obtained from various courts throughout the state, which were designed to assist officers with obtaining information on the suspects and to assist officers with recovering items of evidentiary value and stolen property.

During a May 10 execution of a search warrant at a storage unit on the south side of Indianapolis, police from Marion and Shelby counties became involved in a SWAT standoff with Reese. Owen County detectives were on their way to the storage unit at the time, and arrived to discover that Reese had been driving the other stolen Owen County vehicle.

Items from the Owen and Putnam home invasions were located in the storage unit.

Reese was booked into the Marion County Jail on various charges relating to the SWAT standoff. Over the course of the next few months, officers began listening to recorded jail phone calls made by Reese to various associates. Officers used the information gleaned from these calls to begin tracking down, identifying and interviewing others individuals and associates of Reese.

Information from the interviews led officers to additional stolen property and allowed officers to develop a clearer picture of the criminal organization which had been operating in Shelby, Parke, Marion and Owen counties.

Investigators also were able to identify several suspects who they believe participated in and profited from the home invasion in Owen County. The charges against these invidividuals are as follows:

Reese had been housed in Marion County until Friday, when he was transferred to the Putnam County Jail for the charges he faces in the April case. Hillenburg, likewise, has been arrested on her warrant.

Maybaum and Redmon remain at large and the public is encouraged not to approach them. Instead, police should be notified either by calling 911 or the Putnam County Sheriff’s Office at 653-3211 or the Owen County Sheriff’s Department tip line at 812-829-4874, extension 6050.