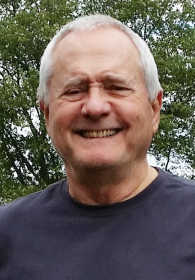 He was born to Paul and Mildred (Keesling) Baker of Anderson.

David, who wanted to do his part in the Vietnam War after graduating high school, joined the Marine Corps and served eight years.

While he had battle scars from his time in the service it didn't stop him from starting the next chapter in his life. David accepted a position with McDonnell Douglas, currently known as Boeing, as a senior electrical engineer and he had a very fulfilling career.

David loved to collect guns, lived a healthy life by eating right and exercising, and also loved to tinker with cars.

He developed a love for animals by his dog Sargie, and his beloved cat, Chloe.

David was preceded in death by his parents, brothers Charlie and Larry, the mother and former spouse of his children, Kathleen Theresa Baker (Gallagher).