Judith Ann Means, 70, Brazil, got her miracle on Sunday, Sept. 24, 2017 after a courageous battle with cancer. 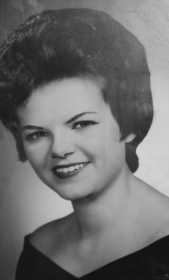 She worked for Kessler's Sporting Goods out of her home and spent most of her life caring for her family.

She enjoyed sewing, crocheting, cooking and making crafts. Her greatest joy in life was spending time with her family and friends. She loved planning gatherings, and caring for everyone.

Funeral services will be conducted at 11 a.m. Saturday, Sept. 30 at Moore Funeral Home in Brazil with burial to follow at Clearview Cemetery.

The family will accept friends for visitation from 4-8 p.m. Friday at the funeral home.

Online condolences may be expressed atwww.moorefuneralhomes.com.