‘Angel of Death’ Orville Lynn Majors dies in prison at 56 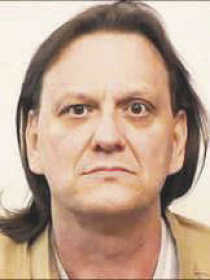 Although only tried for six murders, Majors was thought to have been responsible for as many as 120-130 deaths during the period 1993-95, including the death of Greencastle pharmacist Fred Miller, husband of Judy Miller.

“I guess that part of history is now laid to rest,” Judy Miller told the Banner Graphic Monday afternoon upon hearing of Majors’ death from her son Thomas.

According to IDOC officials, Majors was discovered breathing heavily and quickly became unresponsive.

Preliminary findings from an autopsy completed Monday showed cardiac issues with death due to natural causes.

With a 360-year sentence from Clay County for six murder convictions being served consecutively, Majors’ earliest projected release date had been July 1, 2177.

A licensed practical nurse, Majors joined the Vermillion County Hospital staff in May 1993, and the rural 55-bed hospital soon began to experience 25 to 30 patient deaths per year after Majors was hired, testimony at his Clay County trial indicated. That number reportedly soared to more than 100 in 1994.