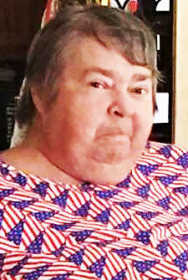 Ola Lovica “Cissie” Phipps-Carrington of Greencastle passed away Monday, Sept. 25, 2017 after a year and a half battle with cancer.

She graduated from Van Buren High School (1973), and worked at Clay County Hospital for a period of time.

She was preceded in death by brother Everett William “Bill” Phipps, and sister Ethel (Phipps) Fowler.

A Celebration of Life gathering will be conducted 1-4 p.m. Sunday, Oct. 8 at the Harmony Community Center. Please join the family in remembrance of Ola’s (Cissie’s) life.

The Bousley Funeral Home (www.bousleyfuneralhome.com) in Coatesville assisted with arrangements.