Curtis William Priddy of Roachdale passed away on Sunday, Oct. 1, 2017 at Hickory Creek at Sunset in Greencastle. 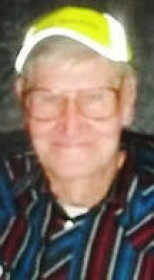 He was a foreman for the book bindery at Horizon Printing in Indianapolis.

He also preached for 20 years at Montezuma, Cloverdale and many of the churches in Putnam County and worked as a farmer.

He married Goldie Davis in Winfield, W.Va., and she preceded him in death.

On Nov. 3, 1993 he married Carolyn Alexander at Spencer, and she survives.

He is survived by his wife Carolyn; two sons, Clarence Carl and Donald Wayne Priddy; and daughters Mona, Mary, Patty and Pauline.

He is also survived by brothers Russell Wayne and Ray Priddy, and sisters Linda Bush, Willie Higginbotham and Sharon Clark.

He was preceded in death by sons Curtis, Denver and Delmer Priddy, brothers Kenneth L., Harry F. and Alvin A. and sisters Nettie Mattox, Irene Hayth and Wanda Grant.

Funeral services will be conducted at noon Thursday, Oct. 5 at Servies & Morgan Funeral Home at Roachdale. Visitation will be one hour before service. Pastor Gene Walls will officiate.

Burial will follow service in Oakland Cemetery in Montezuma.

Memorials may be made to the family.

You may visit www.serviesmorgan.com to leave a condolence for the family.