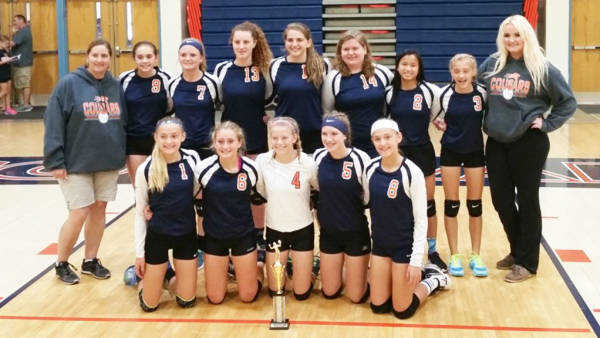 Brie Miller led the hitting attack by going 10 for 10 with four kills. Kyla Willis added three kills for the Cougars.

In the first round of the county tourney, North Putnam defeated South Putnam 25-12, 25-8 to secure a spot in the championship match. Davies was 16 of 16 in serving with three aces, while Willis served 13 of 13 with one ace.

Camryn Wolf served seven of eight with one ace, while Ashley Weir came off the bench with two aces. Brie Miller, Haley Stevenson, Willis and Grace Kinkead each had two kills, while Kinkead also had a solo block. 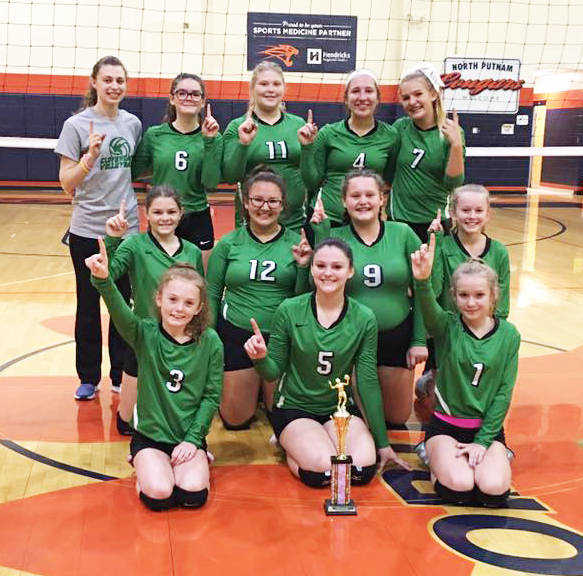 The Clovers defeated the Greencastle Tiger Cubs, winning in two sets of 25-15 and 25-11. Erin Johnson led the team in serves.

The Clovers then took on the South Putnam Eagles, winning the first set 25-13. The Eagles fought back in the second set, winning 25-21 and taking the game to a third set, which the Lady Clovers won 15-7. Leading the team in serves against South Putnam was Andrea Nees.

The Clovers ended their regular season with a record of 9-5.