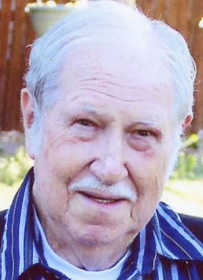 He was preceded in death by his wife of 20 years, Sharon Kay Bennett, who passed away in March of 2015; his brother Stanley; sisters Betty Miller and Marie Baysinger.

Raymond served in the Marine Corps during the Korean War.

He was hired onto Pennsylvania Railroad in 1956 which became Penn Central, then Conrail, and eventually becoming CSX. During those years he belonged to the United Transportation Union After working on the railroad for 45 years he retired.

Raymond also did some work on the Mansfield Dam.

He enjoyed 17 years of retirement. This involved woodworking, taking care of the wildlife and property at his 40-acre home, especially feeding the birds.

Raymond enjoyed riding his motorcycle, traveling the 48 contiguous states as well as Canada and Mexico. He belonged to the Salty Dawgs Motorcycle Club in Wood River, Ill.

Per Raymond's request, family has chosen cremation with a private family service to follow.

Samaritan Funeral Home, Terre Haute, will be assisting the family with arrangements. Online condolences may be left at Samaritanfunerals.com