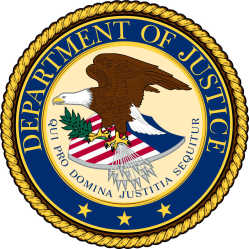 TERRE HAUTE — The resentencing of a former Putnam County sheriff’s deputy on federal police brutality charges has been reset to November.

T.J. Smith, 40, Greencastle, will now be resentenced in the case on Nov. 20 at the U.S. Courthouse in Terre Haute before Judge Jane Magnus-Stinson.

The hearing had been set for Oct. 12, but was rescheduled due to a memorial service to honor federal judge Larry McKinney.

Convicted in September 2014 of two counts of deprivation of civil rights under color of law, Smith was initially sentenced to 14 months by Judge William T. Lawrence.

However, the Seventh Circuit Court of Appeals has twice deemed the sentence too light and sent it back to the lower court.

Most recently, the court applied Circuit Rule 36, thus pulling Lawrence from the case following his refusal to modify the sentence after the first order.

Federal court guidelines called for an advisory sentencing range of 33 to 41 months.

The former deputy and Greencastle city councilman was released after serving less than a year. By the time of his sentencing hearing, he will have been out of prison for nearly two years.