David Wayne Simmerman Sr., 58, Greencastle, lost his battle with diabetes on Tuesday, Jan. 2, 2018 at his home with his family by his side. 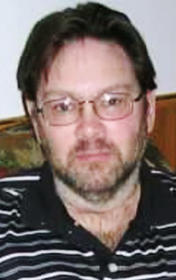 David was born in Greencastle, the son of Dora F. "Skeeter" and Katherine (Bixler) Simmerman, on Sept. 30, 1959, and went to Greencastle High School.

He loved working with his hands. He enjoyed woodworking, history and old movies.

David loved spending time with family and friends reminiscing about his earlier life.

He was preceded in death by his parents; a nephew, Jason Spears; a niece, Billie Jo Bowman, and two brothers-in-law, Terry Covert and Terry Lents.

Funeral arrangements have been entrusted to Hopkins-Rector Funeral Home, Greencastle.