Man arrested after trying to flee on foot 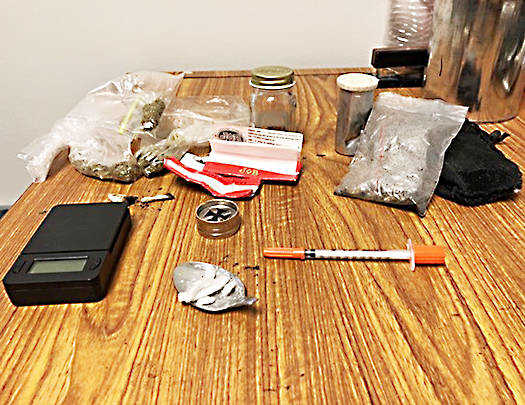 A Cloverdale man was arrested after he fled a traffic stop Thursday afternoon and was found to be in possession of marijuana and various pieces of paraphernalia.
Courtesy Photo: Indiana State Police

CLOVERDALE — Attempting to flee a traffic stop on foot did not end well for a Cloverdale man Thursday afternoon, as he later found himself in jail on multiple charges.

Prior to stopping the vehicle, Trooper Maynor noticed the license plate was obstructed by dirt and grime, rendering it unreadable. 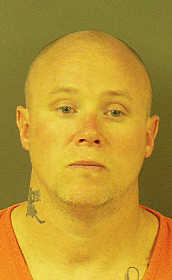 After Maynor activated his lights, the driver pulled into the lot of an auto parts store just south of 925 South.

As he approached the vehicle to speak with the driver, Maynor noticed the apparent smell of burnt marijuana coming from within the Toyota. As Maynor returned to his police vehicle to run a driver’s license query, the male driver, 38-year-old Philip M Reed of Cloverdale, bolted from the vehicle and ran southeast toward a nearby car wash with Maynor in foot pursuit.

Maynor said that as Reed ran behind the car wash, he tossed a plastic bag containing syringes, scales, grinder, rolling papers and a spoon used for illegal drugs activity.

Right after tossing the bag, the suspect was apprehended by Trooper Maynor and arriving Cloverdale Police Officers.

Reed was transported to the Putnam County Jail on preliminary charges of habitual traffic violator, DUI-refusal, resisting law enforcement, possession of marijuana with a prior conviction, dealing marijuana, possession of a syringe,and possession of paraphernalia.