Courthouse parking could soon be monitored by city 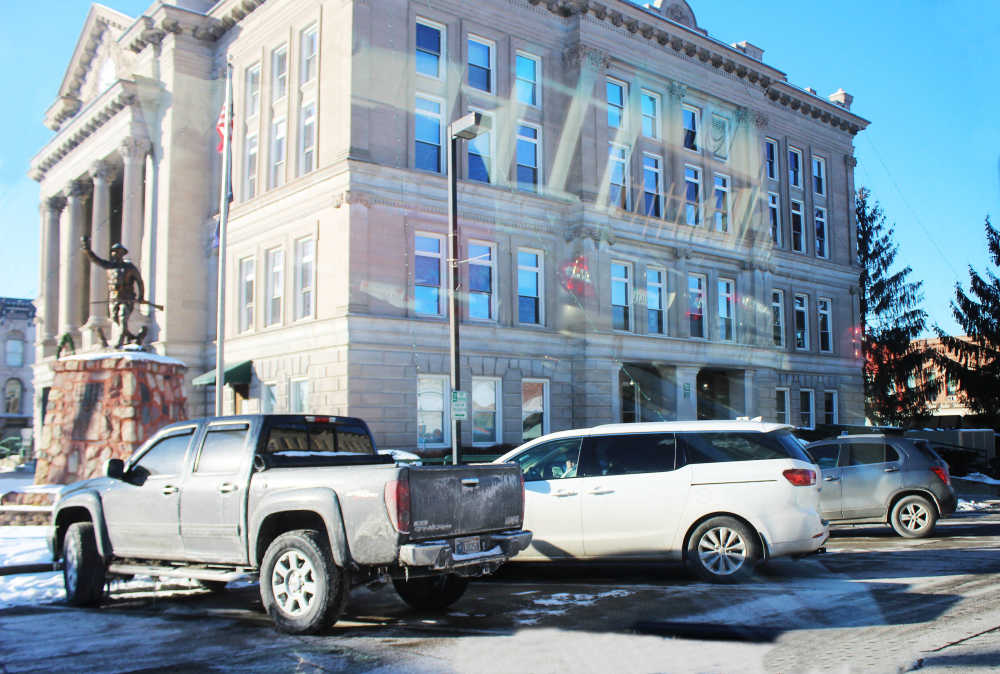 A Putnam County Courthouse-shaped hole in the city’s ability to enforce parking violations downtown could soon be filled.

Although most on-street parking spaces on Courthouse Square and the adjoining blocks have been subject to a two-hour limit, the City of Greencastle has had no way to enforce parking on the inner part of courthouse square.

This is due to the county property extending approximately two-thirds of the way into each space immediately adjacent to the Putnam County Courthouse. As such, the city lacks no jurisdiction over the spaces without an agreement with the county.

Even so, the city has continued to maintain the pavement in these spaces, including striping street cleaning and snow removal.

On Tuesday, the Putnam County Commissioners took a step toward changing this situation by signing an interlocal agreement that will allow the city to enforce the two-hour limit on those spaces as well.

Commissioners Rick Woodall, David Berry and Don Walton unanimously approved the agreement, but the city must also agree before it becomes official.

The next step will be the consideration of the Greencastle Board of Public Works. Although the agreement has been signed by all three commissioners, it must now be approved and signed by Mayor Bill Dory and fellow Board of Works members Trudy Selvia and Craig Tuggle.

Citing efforts in recent years to revitalize the historic downtown district, the agreement goes on to call easily accessible parking “an integral part of successfully drawing patrons and businesses to the downtown.”

This has long been the thinking behind the two-hour limits elsewhere in downtown — that if employees who work downtown can simply park there all day long, customers are deterred from downtown businesses.

The same could be said of the spaces inside the square.

As written, city parking ordinances not only enact a two-hour limit on individual spaces, but on any downtown parking, thus preventing drivers from simply returning to their cars and changing spaces every two hours.

Listed among the county’s responsibilities in the agreement is to “make all reasonable efforts to require county employees to park outside of any restricted parking areas (i.e. two-hour parking zones).”

Instead, courthouse workers will be asked to park in one of a number of free, all-day lots that are less than two blocks from the square.

In return for monitoring and continuing to maintain the spaces, the city will be responsible for collecting the fines and entitled to all funds collected in that effort.

While the regulation will not go into effect until after passage by the city, the commissioners asked County Attorney Jim Ensley to prepare a memorandum for county employees letting them know of the forthcoming change.