Space heater believed to be the cause of mobile home fire 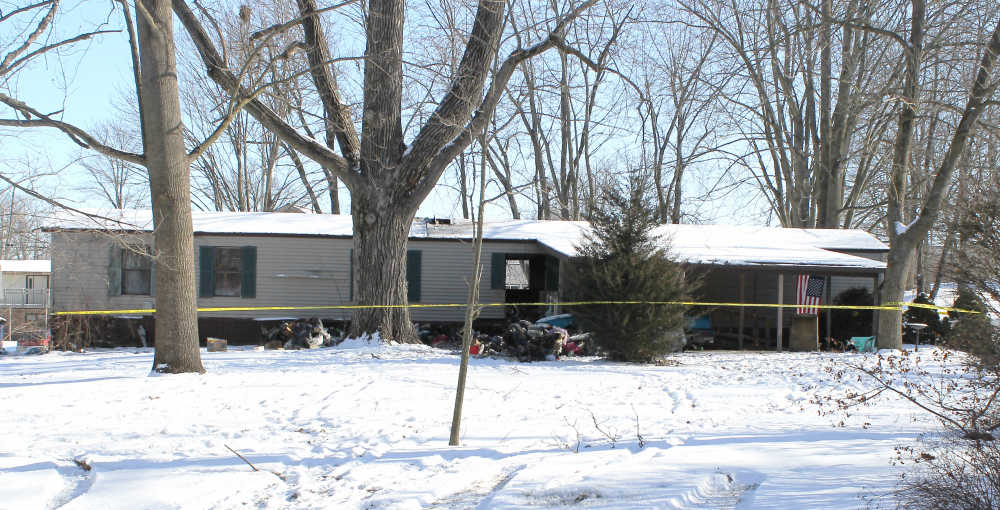 A mobile home at Lot 80 at the north end of Ottawa Park in Greencastle was heavily damaged Wednesday night in a late-night fire believed to have been caused by a space heater.
Banner Graphic/Jared Jernagan

Fire Chief John Burgess said the blaze at the Lot 80 residence of Leah Buis started in the living room area around where a space heater was being used to help warm the home during the current run of below-zero temperatures.

Residents were able to evacuate the mobile home without injury, Burgess said, although only one of the family’s six dogs was known to survive the incident. Three dogs were confirmed as perishing in the fire, while the other two were unaccounted for as of Thursday afternoon.

The first GFD unit responded to the scene off the Keightly Road end of the mobile home park at 11:12 p.m. and the fire was reported out at 12:34 a.m. Greencastle firefighters cleared the scene at 4:37 a.m. Thursday, Chief Burgess said.

Greencastle firefighters were assisted at the scene by units from Cloverdale, Fillmore and Madison Township, while Reelsville covered the Greencastle station. Operation Life was also on the scene, along with Red Cross representatives.

The structure was listed as an estimated $30,000 loss with an additional $10,000 loss to the contents, according to the fire report.

Despite extreme cold with windchills of -10 or -15 reported at the time, Chief Burgess said weather was not really the problem one might have expected.

“Other than all of us standing around freezing, no,” he said of any problems with the cold. “Nobody got hurt, nobody got frostbite. It was definitely cold all right. The thermometer in my ride said three below zero.”

Burgess said GFD had prepared the trucks for such cold circumstances and switched use of them back and forth to avoid pumps freezing.

In reviewing a fire that could have produced much more dire results, Chief Burgess suggested it serve as a cautionary tale.

“Everybody needs to watch using space heaters,” he said, imploring residents to use common sense and refrain from plugging a space heater into a power strip or a cheap extension cord.

Now is also a good time, he suggested, to get fresh batteries for smoke detectors. And if residents have a smoke detector that doesn’t work, they can come to the fire department and get one from GFD.

Another weather-related fire safety tip, Burgess offered, is to never use a blow torch or any open flame to try to thaw out frozen water pipes.