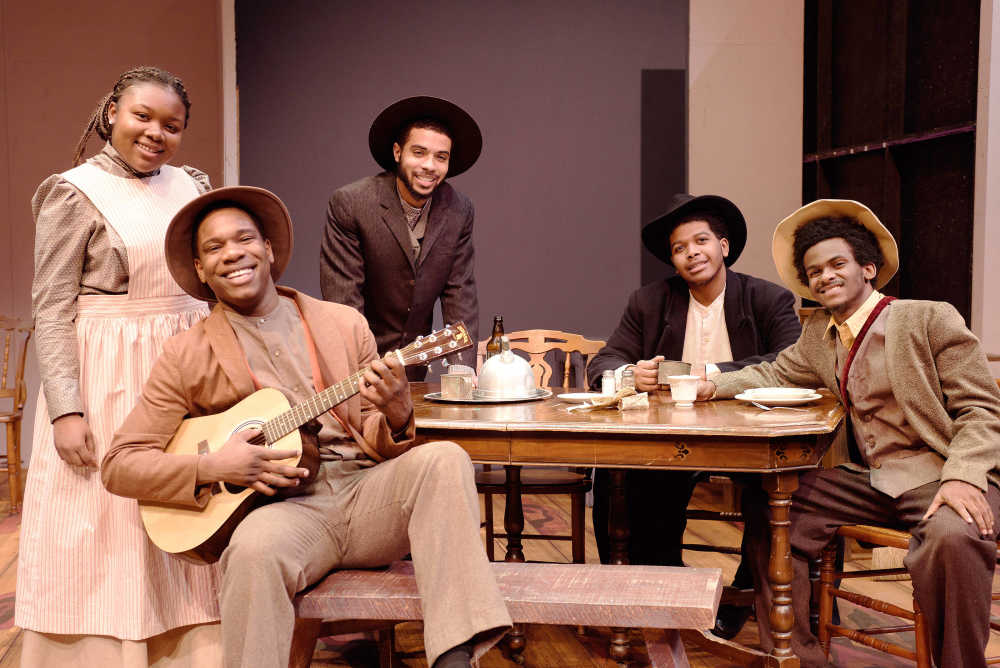 DePauw Theatre will present August Wilson’s “Joe Turner’s Come and Gone,” which opens Thursday, Feb. 1 at 7:30 p.m. in Moore Theatre of the Green Center for the Performing Arts followed by a reception in the Great Hall.

The play is directed by guest artist Kathryn Bentley, artistic director of the Black Theatre Workshop at Southern Illinois University-Edwardsville.

Written in 1984, “Joe Turner’s Come and Gone” captures the stories of African American men and women living in Pittsburgh in 1911, struggling to “find their song” as they deal with the challenges of their new freedom.

The play covers subjects of separation from loved ones as well as delving into the spiritual with characters such as Bynum, a “rootworker” who has the divine ability to bind people together so that they can’t be separated.

Other characters include Seth Holly and Bertha, the owners of the boarding house where the story takes place. Conflict arises when Herald Loomis arrives with his daughter Zonia, searching for his lost wife Martha. Seth views his actions as secretive and suspicious, and immediately dislikes him. However, other residents of the boarding house see things more clearly and seek to help Loomis recover his song, so that he can start a new life after years of searching.

Premiering on Broadway in 1988, “Joe Turner” is part of a series of 10 August Wilson plays written to cover the African American experience in each decade in the 1900s, known as The American Century Cycle. The plays are set in Pittsburgh where Wilson grew up.

Tickets are $10 for general admission and $5 for students.