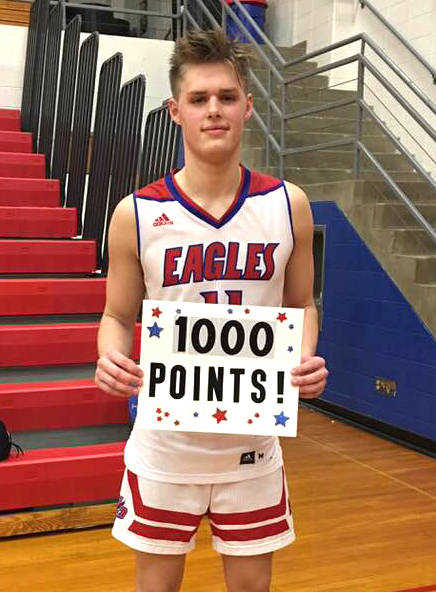 Last year, South Putnam endured a nine-game losing streak in mid-season, ended it with a win over the Lighthouse Christian Academy, had more success against a lighter stretch of its schedule and nearly pulled off an upset over a tough Monrovia team in sectional play.

Coach Greg Dean is hoping his team can repeat and improve upon that sequence this year, and his Eagles took the first step toward that process on Saturday night by defeating Lighthouse Christian 57-40.

“You have to take these situations and parlay them into something else,” Dean said. “You have to keep doing what you’ve been doing well, and continue to improve and grind. These kids are getting better at coming in and working. 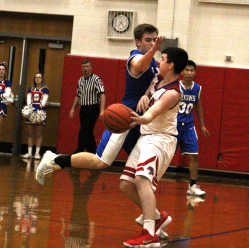 “We’ve had a tough stretch, but they see some of the things they need to improve on.”

Dean was glad his team was able to recover from Friday night’s loss to Owen Valley.

“We were a little bit concerned about our energy after a tough loss on Friday night, but we did a good job of bringing energy — especially in the second half,” Dean said. “We scored in the paint tonight, which is something we have been trying to do. We got a lot of good looks.

Junior Allen Plunkett needed just eight points to reach the 1,000-point career mark, and was able to get all of those in the first quarter as the Eagles took a 13-12 lead.

Plunkett added seven more points in the second quarter, as the Eagles slowly edged their lead up to 28-24 at halftime.

Plunkett, who finished with a game-high total of 34 points, poured in 13 during the third quarter. South Putnam’s defense toughened, limiting the visitors to just one free throw and one 3-point field goal as the Eagles took a 45-28 lead into the final period.

“We didn’t know who we were going to put on him, but Kain did a great job,” Dean said. “Kain is long and athletic, and played his tail off.”

Dean is looking forward to a special week for his team.

“This week is a big week for us,” said Dean, whose team plays at Rockville on Thursday. “It’s girls’ sectional week, and we get to go to the Rock-a-Dome. That’s always an interesting place to play, especially in preparation for the county next week.”

Dean knows the trek toward a strong end to the season begins on Thursday.

“We have two or three things in front of us that can be bright spots — the county and the sectional,” he said. “I’m really proud of Allen Plunkett for breaking 1,000 points as a junior. That’s a heck of an accomplishment.

“He’s done the best job he’s done in a while at getting shots in the paint,” Dean added.