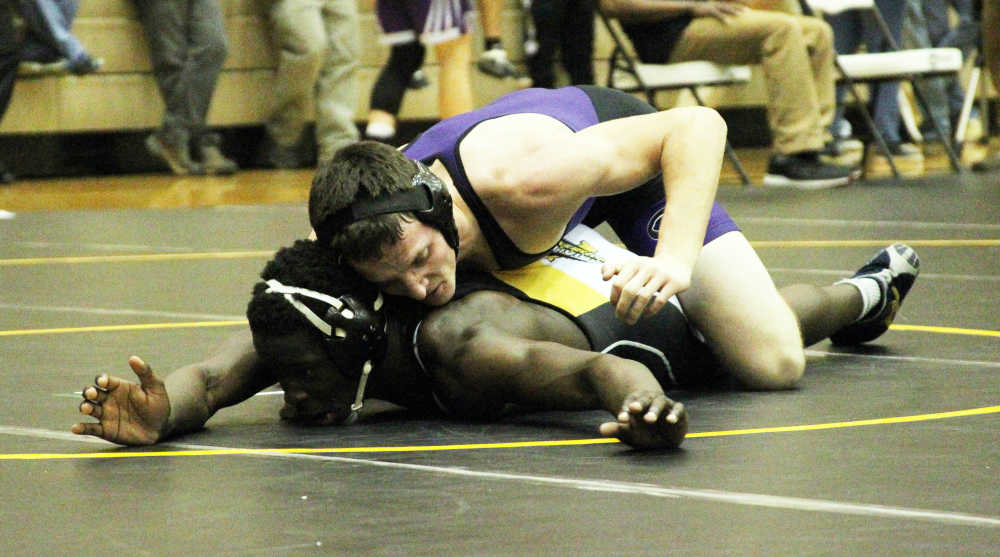 Trace Thomas of Greencastle has control of his opponent at last week’s sectional.
Ronnie Wilson photo

Seven Putnam County wrestlers will compete on Saturday in the Mooresville Regional.

The top four wrestlers in each weight class from the Avon and Mooresville sectionals will compete in a bracket tournament, with the final four advancing to the Evansville Reitz Semistate on Feb. 10.

The winner of each sectional is paired against the fourth-place finisher from the other sectional, while the second- and third-place finishers from opposite sectionals are paired in the first round.