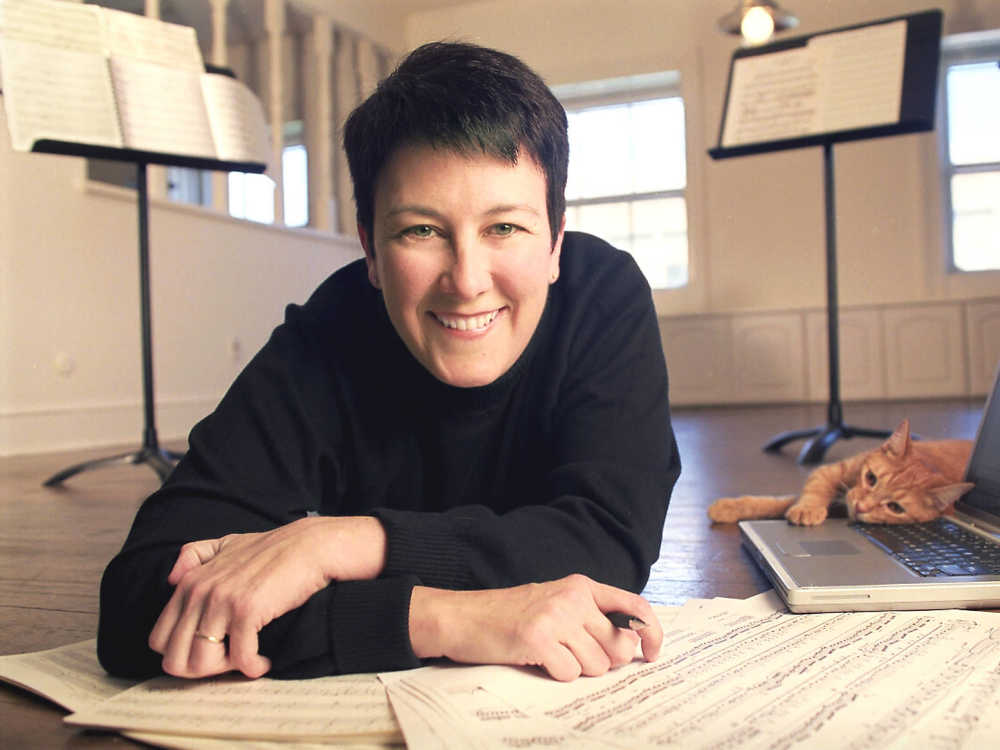 The DePauw University School of Music invites the community to join it for what is sure to be an exceptional week of concerts, conversations, open rehearsals and classroom visits when Pulitzer Prize-winning composer Jennifer Higdon comes to campus Feb. 12–16 for the school’s annual Music of the 21st Century Festival.

Higdon will be traveling to Greencastle fresh from a double win at the 2018 Grammy Awards and a world premiere with the Chicago Symphony Orchestra conducted by renowned music director Riccardo Muti.

Higdon currently holds the Milton L. Rock Chair in Composition Studies at The Curtis Institute of Music, where she has inspired a generation of young composers and musicians. A major figure in contemporary music, the works of this year’s guest composer-in-residence are enjoyed by audiences at several hundred performances a year and on more than 60 CDs.

Higdon’s recent projects include an opera based on Charles Frazier’s best-selling novel “Cold Mountain,” which won the 2016 International Opera Award for Best World Premiere following its presentation in Santa Fe.

“Jennifer Higdon’s music is at once highly refined and highly accessible,” said festival coordinator Eliza Brown, a professor of composition at DePauw. “She crafts a rich and nuanced palette of tone colors within every instrumentation and organic forms whose musical energy is precisely and uniquely shaped. One reason for her music’s great popularity is that her care with detail never translates into preciousness or pretension. Instead, the details converge into a single, plainspoken flow of musical ideas, which seems to desire open communication with its hearers.”

In addition to daily rehearsals, coachings and classroom visits, the festival schedule will include “A Conversation with Jennifer Higdon,” moderated by Brown during the school’s weekly Recital Hour (Wednesday, Feb. 14 at 10:20 a.m., Thompson Recital Hall); concerts of the composer’s more intimate vocal works (Tuesday, Feb. 13 at 7:30 p.m., Music on the Square) and instrumental chamber works (Thursday, Feb. 15 at 7:30 p.m., Thompson); and the gala-style closing concert (Friday, Feb. 16 at 7:30 p.m., Kresge Auditorium) featuring the university’s band, choirs and orchestra.

A highlight of the Friday event will be a performance of three movements from “All Things Majestic,” the title work of Higdon’s 2018 Grammy Award-winning album. A reception with the artists, to which the public is invited, will follow Friday’s closing concert in the Green Center Great Hall.

A detailed 2018 Music of the 21st Century Festival schedule and all-access festival passes are available online at music.depauw.edu. Passes may also be purchased in person for $10 at the Green Center box office, between noon–4 p.m. Monday, Wednesday and Friday and beginning one hour before each performance.

Music of the 21st Century is underwritten through the generous support of 1969 DePauw graduates Robert A. and Margaret A. Schmidt.