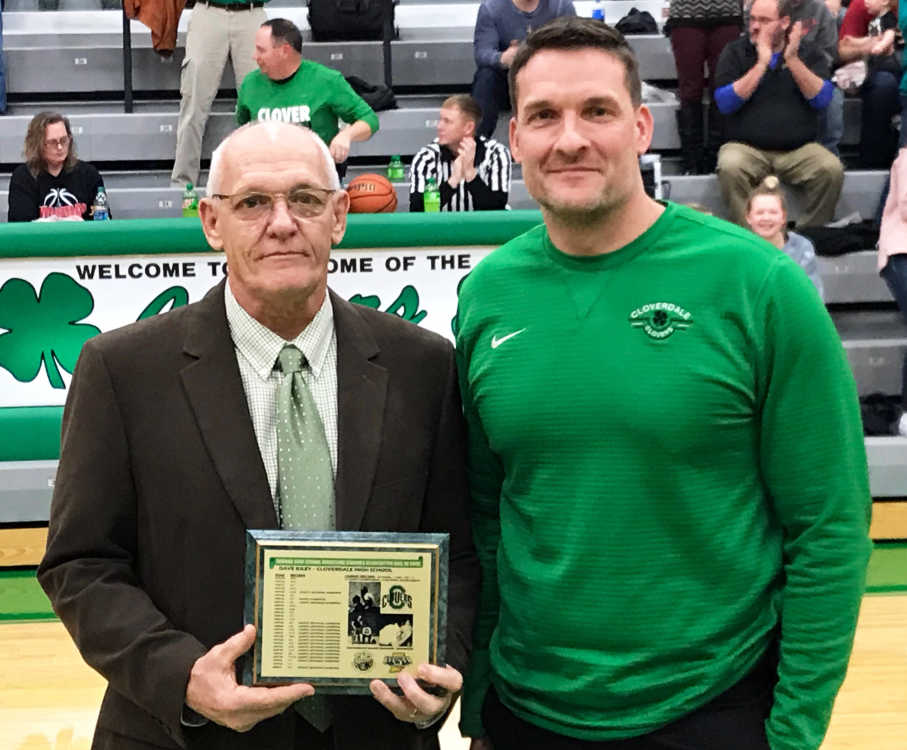 Dave Kiley, the leader of unquestionably the most successful athletic reign in Cloverdale High School history, was honored Sunday with induction into the Indiana HIgh School Wrestling Coaches Association Hall of Fame.

His teams compiled a dual-meet record of 204-144-7, and won 14 Putnam County championships and 15 sectional championships. 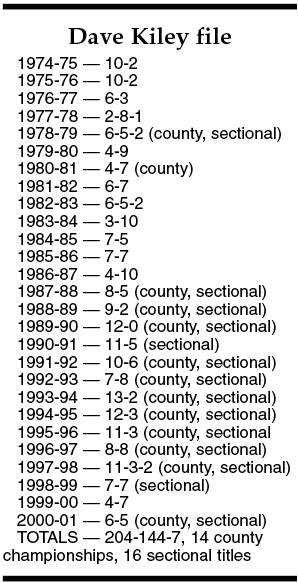 Included in those numbers was a run from the 1987-88 season through 1997-98 when the Clovers won county and sectional championships for 11 straight years — although the 1990-91 county title was forfeited due to an ineligible participant.

Under Kiley’s leadership, the Clovers stand tied for 49th with most overall sectional titles for their 15 championships.

Evansville Mater Dei leads the list with 48 titles, including a current string of 42 straight..

He taught at Cloverdale for 40 years.

Longtime Cloverdale wrestling coach Dave Kiley (seated, second from right) had 67 former team members and other supporters on hand for his induction into the Indiana High School Wrestling Coaches Association Hall of Fame on Feb. 18.
Contributed photo
Comments
View 1 comment
Note: The nature of the Internet makes it impractical for our staff to review every comment. Please note that those who post comments on this website may do so using a screen name, which may or may not reflect a website user's actual name. Readers should be careful not to assign comments to real people who may have names similar to screen names. Refrain from obscenity in your comments, and to keep discussions civil, don't say anything in a way your grandmother would be ashamed to read.
Respond to this story