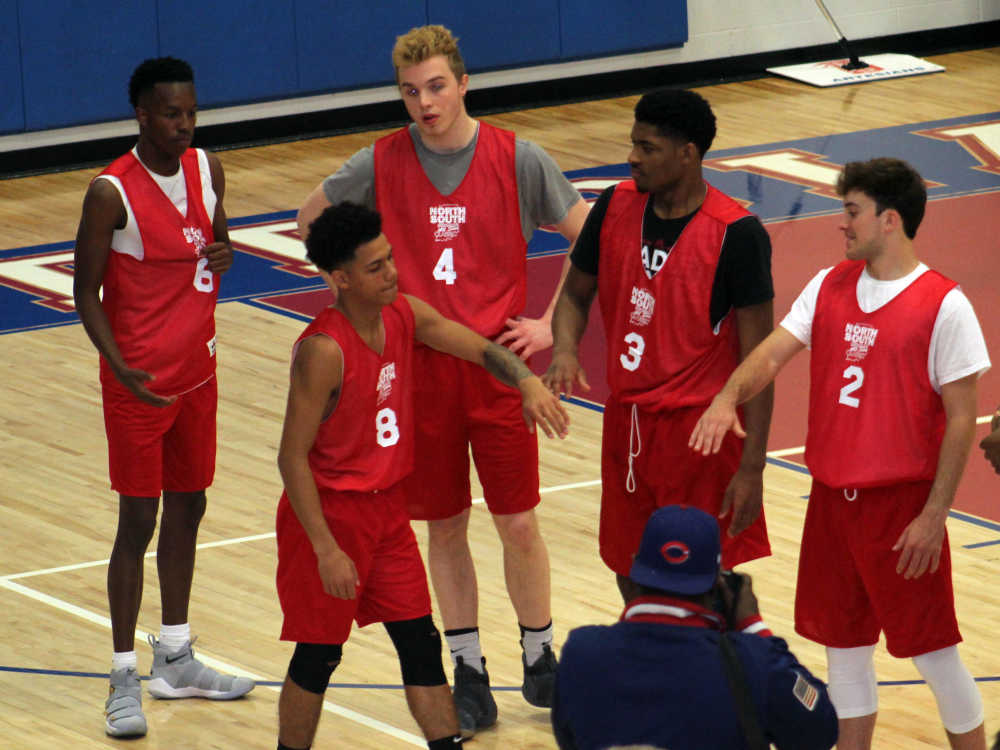 MARTINSVILLE — Patrick Rady and Jalen Moore have been through a lot together on the basketball court.

Over the past four years, they have combined to win dozens of games and four sectional titles — the last three with Rady as the head coach.

They thought their time together was over with a regional championship loss to Indianapolis Scecina last month, but good fortune gave them one last chance to share the court again in the North-South All-Star Classic basketball game.

“It was a really fun game,” Moore said afterward. “Playing against all these Division I players and All-Stars was really fun. There was a lot of talent out there.”

Moore said the game was able to help him “learn what he has to work on,” and felt he fit in fine with several players who were chosen for the Indiana All-Star team ahead of him. 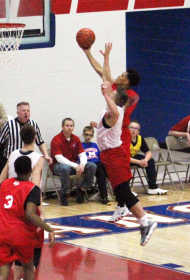 Jalen Moore soars for a layup in the North-South All-Star Classic on Saturday at Martinsville.
Banner Graphic/JOEY BENNETT

“I’m just as good as everybody else out there,” Moore said. “I think I played an all-around good game. I wasn’t looking to score on every possession.”

Rady and Moore’s team included Mr. Basketball finalists Damezi Anderson of South Bend Riley (Indiana) and Eric Hunter Jr. (Purdue), as well as four other Division I players and several others who will compete at lower levels.

“Just being around that kind of talent was fun,” Rady said. “To get one more go-around with Jalen was special. We have been in the gym together quite a bit, so to get one more chance to coach him was special.”

Rady thought Moore played well in the game, and proved his worth to the doubters.

“This game should squelch anything with any small-school bias [against Moore],” he said. “They had trouble keeping him in front of them. He can get by that first layer of defense and make the right reads.

“He distributed the ball well and showed he has a really quick first step,” Rady added. “I was really excited to see his performance.”

Moore is still considering his college options, and at this point has no need to be in a hurry. As the signing day approaches on April 17, many schools will suddenly develop openings when players they thought were going to sign instead go elsewhere.

He is going to play in an open gym this week at Olney Central College in Illinois, and Carson Cunningham — head coach of Division I University of the Incarnate Word in San Antonio — is coming to Cloverdale on Monday to observe Moore in action first-hand. 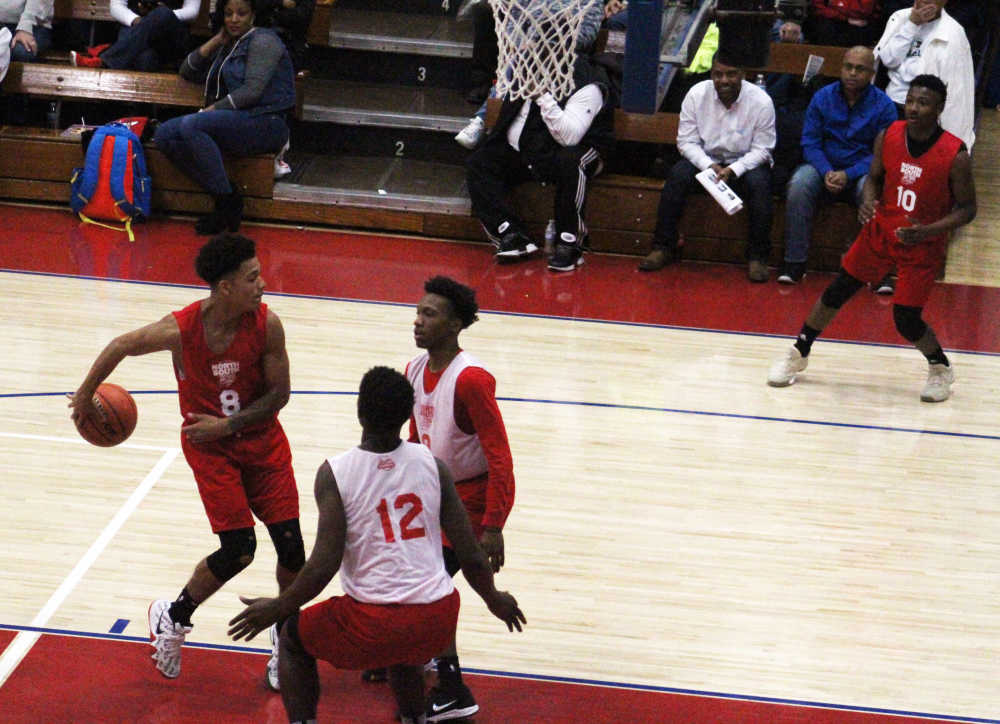 Jalen Moore passes behind the back to teammate Antwaan Cushingberry for a 3-pointer.
Banner Graphic/JOEY BENNETT

Berning led the Falcons to sectional titles the last two years and takes over an Eagle program that has struggled for several seasons.

Another Western Indiana Conference boys’ basketball coaching change appears to be imminent, but not official.

Look for those signing stories later this month.

• In scheduling news, North Putnam will have a new season-opening football opponent this year.

The Cougars played Indian Creek last year in the first week, after previously playing Cascade, and will now meet North Montgomery to open the season.

South Putnam has made a change in its football schedule for week two, with Owen Valley replacing Brown County.

Schedules for Cloverdale and Greencastle are unchanged.

Cloverdale’s girls have added a game with Class 4A Terre Haute South for next season.

• Danville native Travis Steele was promoted to head men’s basketball coach at Xavier University after Chris Mack departed to take over the mess at Louisville.