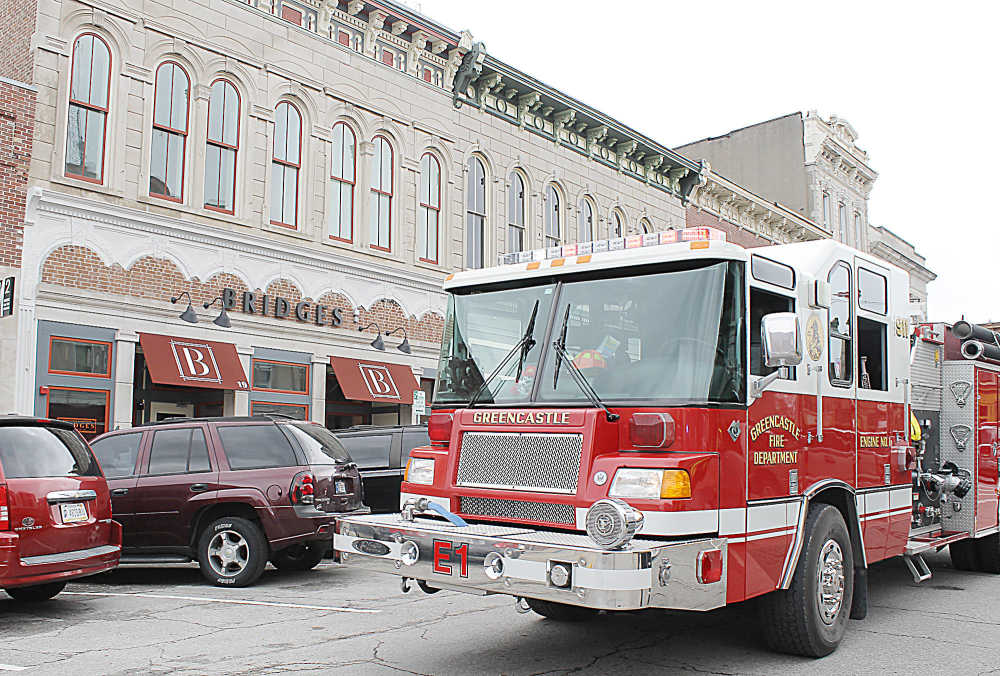 An exhaust fan fire Thursday afternoon caused a bit of a scare but will not close a downtown restaurant.

Around 1 p.m., a number of people in the area of Bridges Wine Bar began to notice smoke in the air.

Bridges employees were on the roof of the building for several minutes before the Putnam County Dispatch was contacted regarding the fire. 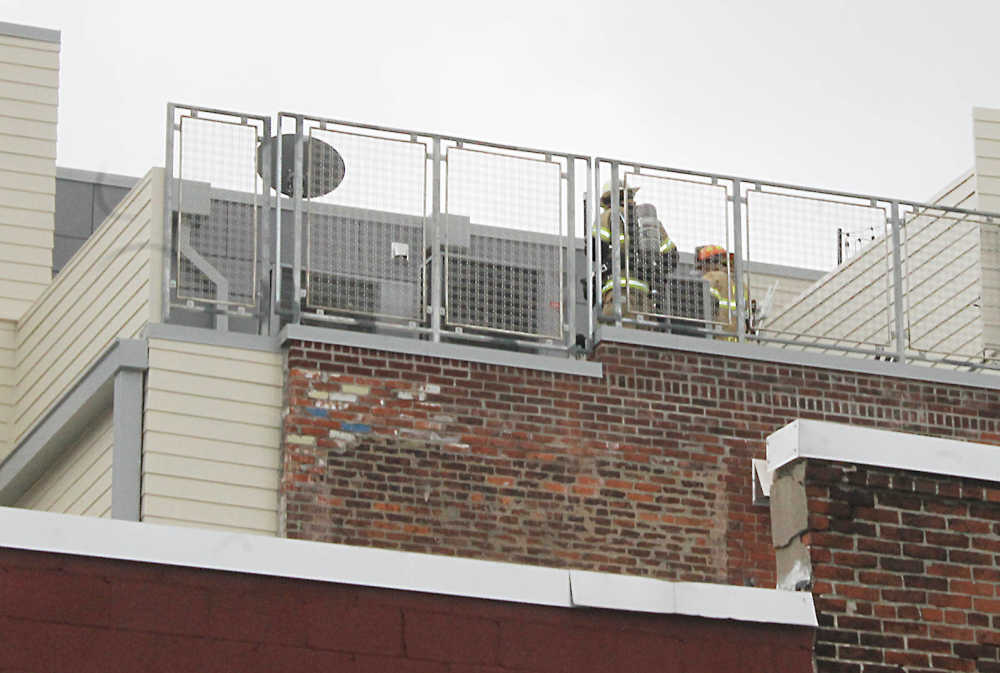 The smoke, along with visible flame, was coming from a blower motor on top of the chimney for the restaurant’s wood-fire pizza oven.

Employees could be seen on the roof with at least one fire extinguisher prior to the arrival of fire personnel.

The Greencastle Fire Department was called to the scene at 1:08 p.m.

Assistant Chief Rob Frank said that when GFD arrived four minutes later, the employees had the fire mostly out with the dry chemical extinguisher prior to the department’s arrival.

Once on the roof, Frank flipped up the lid to the motor and saw more flame. A firefighter quickly extinguished the remaining fire with a water can. The fire was under control by 1:17 p.m.

The fire was contained to the motor and upper part of the chimney.

However, Bridges was still open for business as of Thursday evening, with Assistant General Manager Danita Timmons issuing a statement about the “minor, contained fire” and the reaction of the business.

“We are happy to say there were no injuries, all can be repaired, and we can continue to be open for business,” Timmons said.

Of course, there will be none of Bridges’ trademark pizzas for the time being, but employees are adjusting on the fly.

“With the absence of pizzas on our menu during this time of repair, our team will be offering a selection of new menu choices for you to enjoy,” Timmons said. “A big thank uou to the Greencastle Fire Department for their quick response and to the community for their concern.  We will keep you up to date on our progress via our social media pages. See you all soon.”

Besides the fire department, officers from the Greencastle Police Department and DePauw Public Safety were on the scene providing traffic control.