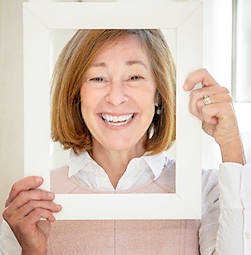 In “Silent Sky,” a play being staged in Indianapolis by Summit Performance, two of the five cast members -- Adam Tran and Gigi Jennewein Fenlon -- are from Greencastle.

“It’s getting lots of attention,” Jennewein Fenlon told the Banner Graphic. “I am happy to be working in it, but thrilled for local boy Adam Tran. He’s really taking off in the theater around the Midwest.”

Jennewein Fenlon is getting rave reviews herself.

“Gigi Jennewein provides the support and levity needed during Henrietta’s challenges and Annie’s new interests,” notes a NUVO review of the play. “Her whimsical Scottish persona is delightful.”

Tran, who was recently seen as Elvis in Actors Theatre of Indiana’s “Million Dollar Quartet,” gives a performance as Mr. Shaw in “Silent Sky” that is a testament to his versatility, NUVO notes. “Mr. Shaw’s air of authority deteriorates under Henrietta’s influence, finally settling on an adorable flutter as his attraction to her increases,” the review adds.

The play is being staged at the Phoenix Theatre Cultural Centre, 705 N. Illinois St., Indianapolis, with performances at 7:30 p.m. Thursdays, Fridays and Saturdays and 2:30 p.m. Sundays until July 22. Tickets are $20 for students and $25 general admission.

Lisa Gauthier Mitchison calls the production a “stellar staging” by the new women-focused theatrical group, the first of its kind in Indianapolis.

“The play by Lauren Gunderson is based on a little-known female astronomer, Henrietta Leavitt, who fought for equal recognition for her work while she also balked against social convention, single-mindedly immersing herself in a career at a time when most women were relegated to being wives and mothers.”

Gigi Jennewein Fenlon is a part-time assistant professor of communication and theater at DePauw. She has taught and directed productions at the university for 25 years and maintains a career in the Indianapolis theater market.