45 years of ‘Service Above Self’ for Stanley 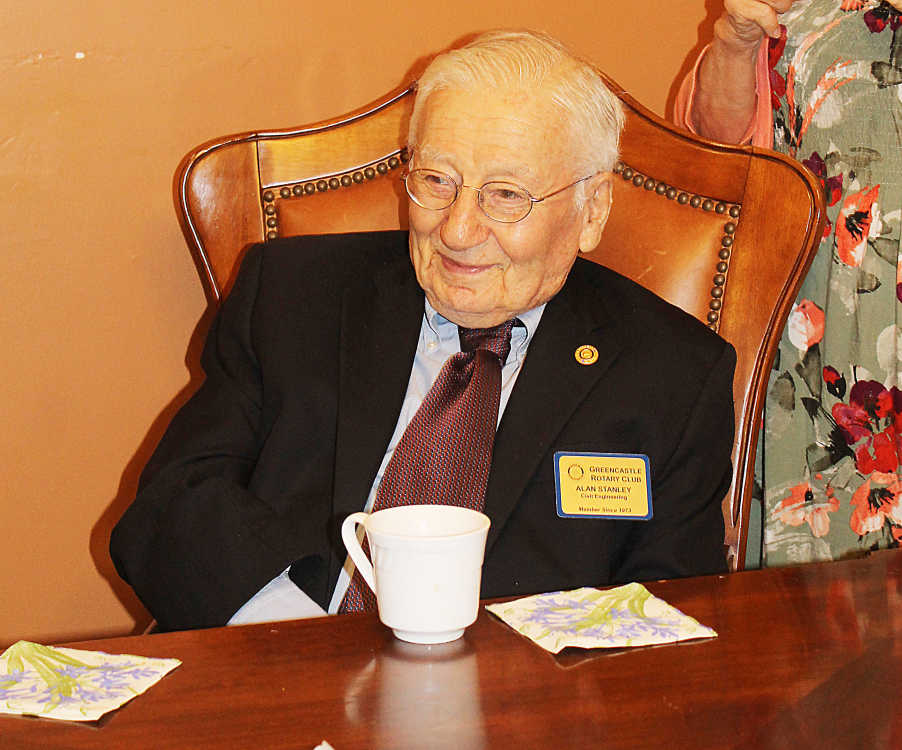 In 45 years as a Rotarian, Alan Stanley has been to been to Rotary meetings and conventions in a number of countries, bringing the mementos back to the club he has faithfully attended all these years.

However, it seems that the meetings he didn’t quite get to make for the better stories. At least that was the case Monday morning when longtime Greencastle Rotary Club cohort Tom Graffis was doing the storytelling.

There was the time they spent two weeks in Russia, but illness kept Graffis out of the action. And then Stanley somehow missed his connection through the language barrier or some miscommunication.

“It didn’t work out,” Graffis summarized.

Then there was a trip to France. Stanley and Graffis made it to the 8 p.m. meeting, but didn’t quite mesh with the European sense of time.

“They had several bottles of booze and when you came in, you got a kiss on each cheek,” Graffis recalled. “I liked that.”

As one might imagine, the alcohol and kisses didn’t translate to a timely meeting in the eyes of conservative Midwesterners.

“The meeting itself didn’t start until 9 p.m.” Graffis said. “We ended up leaving about 9.”

Graffis a several fellow Rotarians visited Stanley and wife Donna on Monday to make a presentation. After 45 years, the club has changed Stanley’s membership classification from active to honorary.

In a proclamation prepared by Graffis and signed by Immediate Past President Jacqui Ellis, the club enumerated the reasons for granting Stanley such status.

2. His faithful attendance to the weekly meetings, many quarters of the year coming in as perfect.

3. His timely payment of all dues and meal costs.

4. His exemplary adherance to the four-way test as a way to life his Rotary membership.

5. His Rotary spirit that made all of us feel proud to have him as a friend and follow members.

After 45 years, it represents honor not only for Stanley, but his entire family. This made it appropriate that he and Donna were joined at their Mill Pond Health Campus residence by two of their three daughters, Brenda Rabold and Marla Helton. Oldest daughter Linda Wall wasn’t set to be in town until later on Monday.

Both Brenda and Marla wiped away tears as Graffis read the words about their dad. 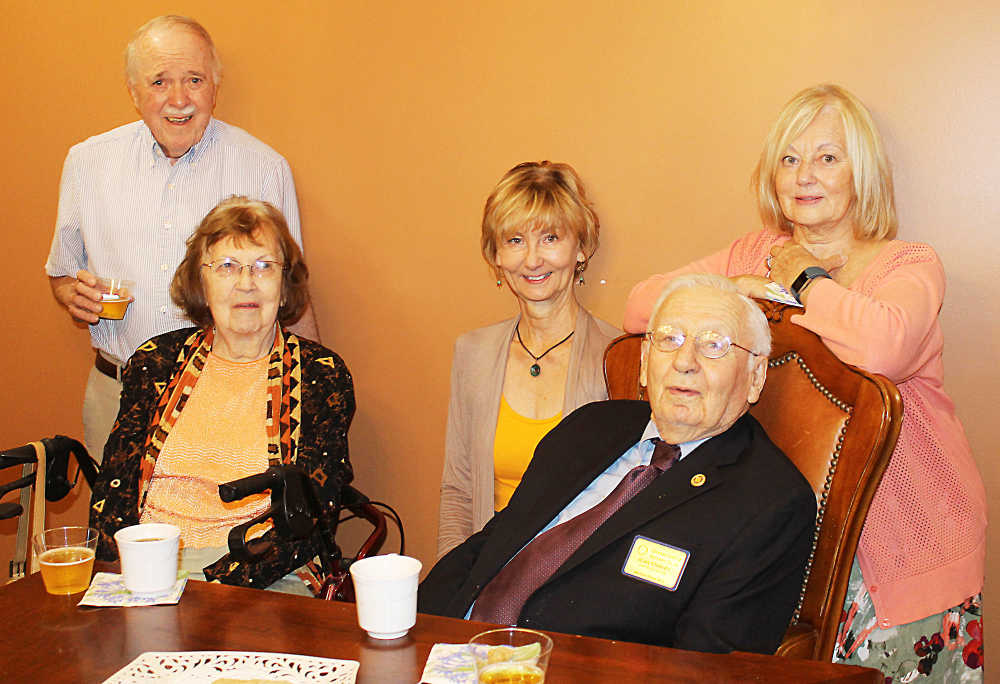 “Rotary has been a real touchstone in his life,” son-in-law Stuart Fabe said. “It’s every Wednesday.”

Long a man of few words, Stanley was beaming on Monday, even as he didn’t have a lot to say about the organization.

Asked what comes to mind when he thinks of Rotary, Stanley simply said, “Friendship.”

That response struck a nerve with fellow member Ann Dever, who only came to the club in the last few years.

“Friendship, that’s what you extended to me,” Dever said.

With a bit of prodding, Stanley elaborated but stuck to his theme.

“I enjoyed the meetings and the interchange between everybody,” Stanley said.

Family member recall that it was more than friendship, though.

“He would come home and talk about all the things he was learning,” Rabold said.

Rotary also had a way of adding to the Stanley family. Over the years, they hosted several Rotary Youth Exchange students, but none more memorable than Atsuko Mammoto.

During her time in Greencastle in 1981-82, “Ako” lived with four host families — the Stanleys, Mike and Phyllis Rokicki, Ed and Mary Ann Meyer and Glenn and Nora Baker.

Although she went back to Japan, Ako later returned to West Central Indiana to attend St. Mary-of-the-Woods College and stayed in touch with her host families.

In 2011, she cemented her connection to the Stanleys when she married their grandson Jamie Wall, with whom she now resides in Greencastle.

It all adds up to what must be a lifetime of Rotary stories. But Stanley, true to himself and Rotary’s “Service Above Self” motto doesn’t have much to say about himself.

Even when asked what he would say to a new Rotarian, Stanley kept it brief.