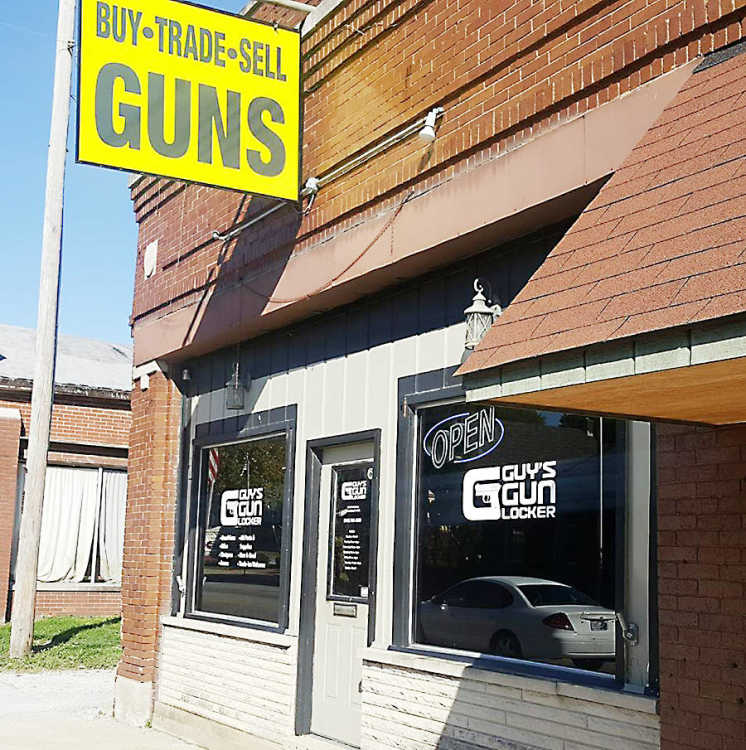 Thieves apparently forced entry into Guy’s Gun Locker in Cloverdale at some point between Saturday night and Tuesday morning, making off with more than 40 guns.
Courtesy photo

CLOVERDALE — The Bureau of Alcohol Tobacco and Firearms is offering a $5,000 reward for information relating to the burglary of a Cloverdale gun store.

At some point between Saturday evening and Tuesday morning, thieves forced entry into Guy’s Gun Locker, 15 N. Main St., and made away more than 40 weapons.

Cloverdale Town Marshal Steve Hibler confirmed that more than 40 guns were taken from the business, a mix of handguns and long guns.

Authorities only know that the guns were taken at some point between when the shop closed on Saturday night and when the owner arrived to open the story Tuesday morning.

“The public’s assistance would be most helpful if anyone saw anything in the vicinity or if you run across any guns being sold,” Hibler said.

Police did not share how the building was broken into, and the thieves even took the surveillance system.

He also confirmed that the ATF has offered a $5,000 reward for information leading to the capture and conviction of the thief or thieves.

This remains an active investigation between Cloverdale Police, Indiana State Police and the ATF.

Investigators spent much of Tuesday on the scene and have compiled a list of the stolen weapons by make, model and serial number.

Anyone with information is asked to notify Putnam County Dispatch at 653-5115.

“The public’s health and support would be greatly appreciated,” Hibler said.

EDITOR'S NOTE: An earlier version of this story, including the Aug. 1 print edition, incorrectly stated that the entire inventory of the shop had been stolen.