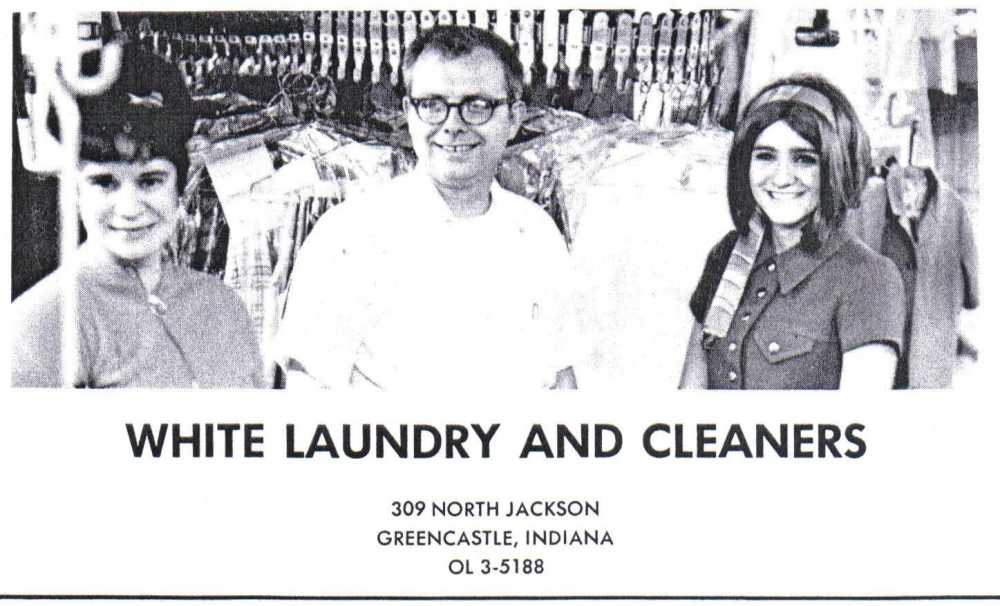 Many would probably say that White Cleaners is not just another business in town. They could instead say that it has been an institution for more than three-quarters of a century.

Being located in the same building on Jackson Street since 1946, the family business has seen successive generations of families come through its doors. It is thus bittersweet for many that White Cleaners will be closing its doors in the coming month.

Barbara Campbell, who has worked the ins and outs since she was in high school, says that it’s now just time. 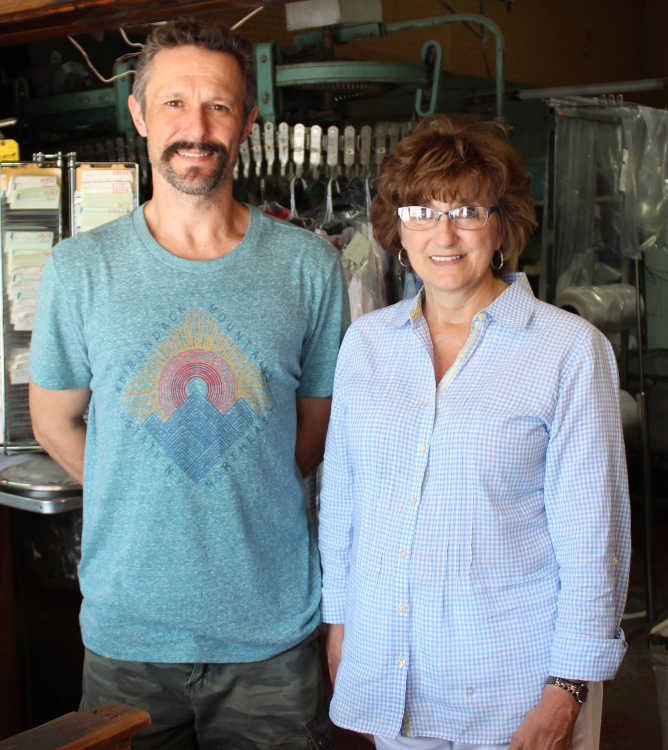 “I’m just looking forward to retire,” she said matter of factly. “The building needs work, and I can’t really devote the energy.”

But she remembered when she started working there as a teenager, during what was a decidedly turbulent time in our country’s history. Her parents Bill and June Sandy had taken ownership of the business, and they would become closely associated with White’s for many residents.

But the history of White Cleaners goes farther back. The clothes cleaning service used to be located on Madison Street prior to moving to its current location in 1946. At that time the business was owned by the late Russell Meyers, who motivated what would become the Berry Street Festival and Flea Market.

It is unclear exactly when White Cleaners changed hands from the Meyers family to the Sandys, but an advertisement photo dates their ownership to at least 1971. In that photo, Campbell can be seen beaming beside her parents, with racks of freshly pressed shirts in the background.

The rest is a history of making friends in the community, as well as continuing the business as a family affair. Campbell’s son Neil has been in the shop for the past 18 years. His son Izaiah has also occasionally come in to spiff up those white shirts.

Campbell said that she is not going away just yet. She will stop taking in orders next week, and spend the next month making sure that returns are made.

Even as she will close the book on the business venture of White Cleaners, she said that she will miss the people.

“We’ve seen generations of the same family come through,” she said. “Customers have been the children of customers that my dad had. That means a lot to us.”

Neil summed up the void that will come when the door is closed for the last time, and what its patronage has meant to him.

“We just appreciate being a part of the community and serving the community,” he said. “I’m gonna miss the people.”