Just stay inside if you can 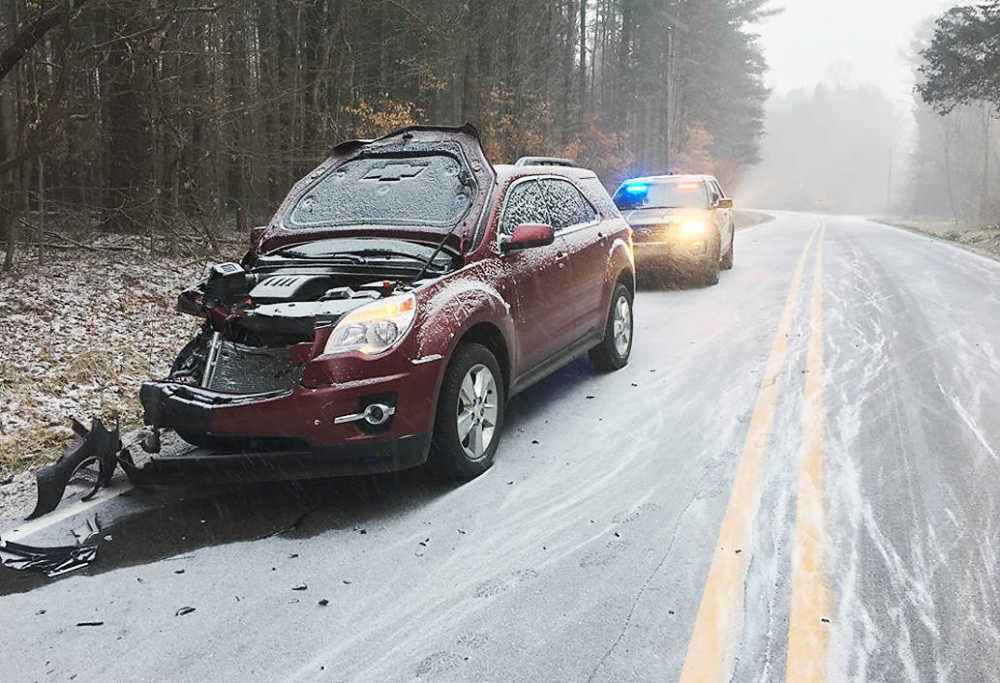 A deer ran out in front of this driver on State Road 243 Tuesday morning, causing an unavoidable accident. The deer hit the car pretty much head-on, causing a lot of damage. The driver was not injured.
Sheriff’s Department photo

Too bad we just couldn’t have canceled Wednesday itself.

All Putnam County schools are closed for Wednesday -- including DePauw University and Ivy Tech -- because of the obscenely cold temperatures and extraordinary wind chills that visited Indiana thanks to the never-popular polar vortex.

While the Greencastle girls’ sectional basketball game at Southmont was postponed Tuesday night, the Cloverdale Girls’ Sectional went on as scheduled. Wednesday activities, however, were all canceled, including the South Putnam boys’ game at Monrovia. 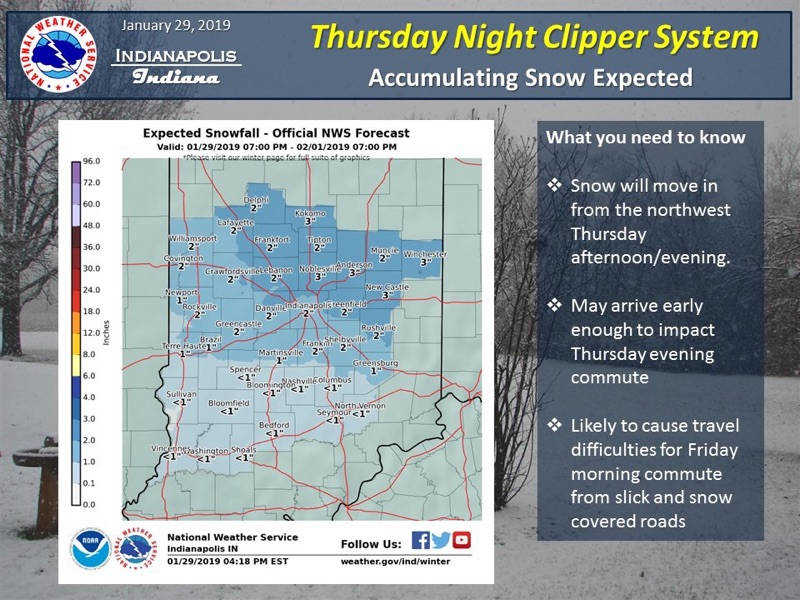 Church services were even called off at some locations, trash collection in the city of Greencastle was suspended both Wednesday and Thursday, and in general, the community was hunkering down as much as possible for the coldest temperatures in 25 years -- wind chills in the -35 to -50 range with real temperatures bottoming out at about -11 degrees around 9 and 10 a.m.

The dangerously cold temperatures are expected to continue through midday Thursday with the wind chill advisory that began Tuesday expiring at 1 p.m. Thursday.

The National Weather Service advises Hoosiers to stay out of the cold if at all possible during these frigid temperatures. Otherwise, wear layers, cover all exposed skin and limit outdoor exposure and be sure to bring pets inside.

Meanwhile, a clipper system is expected to bring up to two inches of accumulating snow -- kind of like Mother Nature’s version of insult to injury -- to central Indiana Thursday evening. Arrival time is still being finetuned, but prepare for impacts to Thursday evening commute and expect travel difficulties for the Friday morning commute from slick and snow-covered roads.

The polar vortex, the National Weather Service (NWS) advises, is a large area of low pressure and cold air surrounding both of the Earth’s poles. It always exists near the poles, but weakens in summer and strengthens in winter. The term “vortex” refers to the counter-clockwise flow of air that helps keep colder air near the poles.

Many times during winter in the Northern Hemisphere, the polar vortex will expand, sending cold air southward with the jet stream. This occurs fairly regularly during wintertime and is often associated with large outbreaks of Arctic air in the United States. The one occurring in January 2014 is similar to many other cold outbreaks that have occurred in the past, including several notable colder outbreaks in 1977, 1982, 1985 and 1989.

It also is not confined to the United States. Portions of Europe and Asia also experience cold surges connected to the polar vortex. By itself, the only danger to humans is the magnitude of how cold temperatures will get when the polar vortex expands, sending Arctic air southward into areas not typically that cold.

In short, there is no cause to be alarmed when you hear about the polar vortex, the Weather Service says, but you should be prepared for colder temperatures.