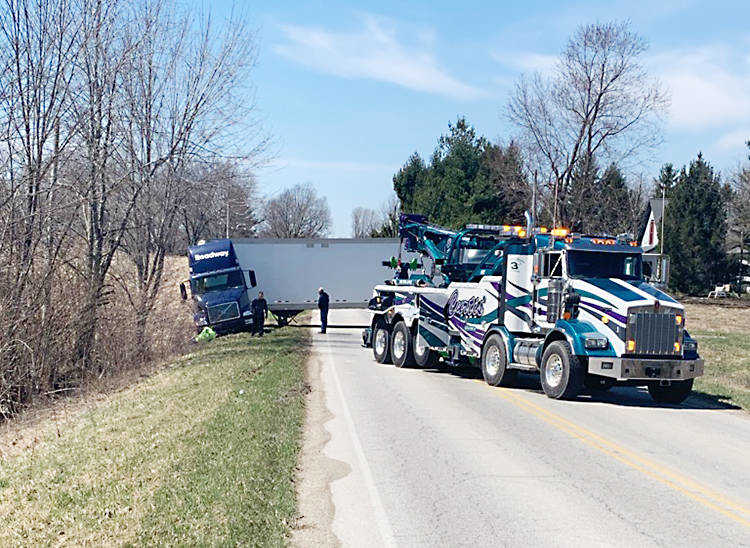 The road was closed from before noon until after 2 p.m. as responders tried to pull the tractor-trailer back onto the road.

The Putnam County Sheriff's Department reported that the driver had attempted to turn around, getting the semi tractor stuck in the grass off the edge of the road.

A tow truck from Curtis Wrecker responded to remove the vehicle.