LITTLE POINT -- Observing a vehicle following too closely and traveling at a reduced speed in the left passing lane of eastbound Interstate 70, an Indiana State Police trooper made a major drug arrest Friday morning at the 53-mile marker near the Morgan-Putnam county line. 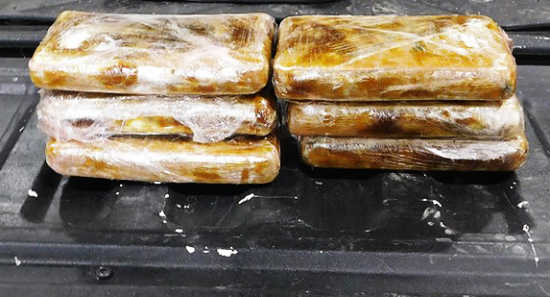 The driver of the white Ford F-150 pickup truck was identified as Christian Paz Recarte, 29, of Los Angeles, traveling with three passengers in the vehicle.

During the course of what started as a 10:53 a.m. traffic stop, the trooper observed possible criminal indicators, and the Putnam County Sheriff's Department K9 was called for assistance.

A positive K9 alert to the odor of illegal drugs subsequently led to a search of the vehicle, State Police said.

During the search of the vehicle, the trooper discovered six kilograms of fentanyl, which has an estimated street value of $450,000.

It is estimated that Friday's drug seizure removed approximately 59,000 doses of a potentially lethal drug from the streets, State Police said.

The drugs were coming from California and reportedly destined for Ohio, when the truck was stopped 12 miles east of Cloverdale.