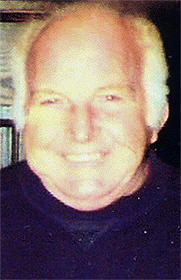 He was a United States Air Force veteran, having served in the Korean War.

Red retired from Schwerman where he had worked as a diesel mechanic.

He was a member of First Missionary Baptist Church in Auburndale.

He was preceded in death by his parents; a son, Fred Tucker; and two sisters, Alice McAvoy and Thelma Bumgardner.

The family will receive friends at Hopkins-Rector Funeral Home, Greencastle, from 10 a.m. to 1 p.m. on Monday, May 6. Graveside services with military honors will follow at Forest Hill Cemetery.

Memorial contributions may be made in Red's memory to the First Missionary Baptist Church, 406 S. Main St., Auburndale, FL 33823.