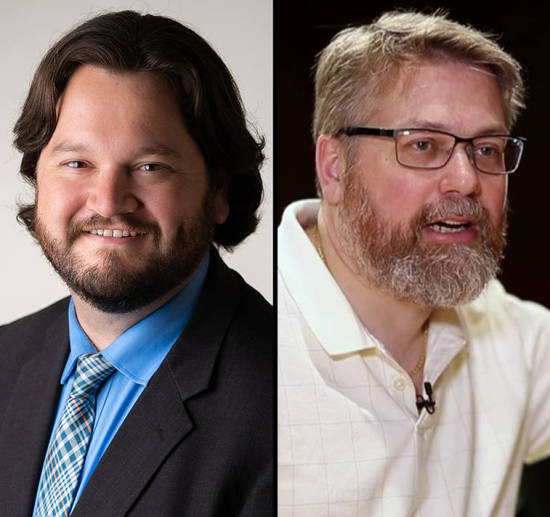 Voters on the city’s south side will have a choice in the upcoming election of a Fourth Ward Greencastle City Council member.

The Republican Party added Cody Eckert to the Fourth Ward ballot this week to face off against Democrat Steve Snyder for the seat.

There was no race coming out of the May primary, with current GOP Councilman Tyler Wade leaving his Fourth Ward post to join a crowded field seeking the three at-large council positions.

However, the Democrats recently appointed DePauw music professor Snyder to fill the vacancy on their side of the ballot.

Eckert, who serves as a legislative staffer in the Indiana House of Representatives, now gives the city two contested races in individual wards in addition to the six men seeking at-large seats.

The other contested race is in Third Ward, where Republican Haywood Ware and Democrat Veronica Pejril seek the seat currently held by retiring Councilman Steve Fields.

The top three vote-getters of the six will win council positions.

Hammer, Lemon and Murray are all incumbents.

The other two city positions feature incumbents with no opposition so far. Democrat Mayor Bill Dory is unopposed as he seeks a second term, while Republican Clerk-Treasurer Lynda Dunbar has no opponent in seeking her third term.

The parties have until noon on Monday, July 1 to name candidates to open positions. Meanwhile, any independents interested in running also have until noon Monday to file paperwork with the Putnam County Voter Registration Office.