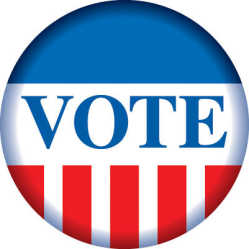 Bainbridge to have nine council candidates

Last-minute candidate filings were the order of the day Monday as 12 candidates added their names to local ballots prior to the noon filing deadline.

The ballots are now set for the Tuesday, Nov. 5 municipal elections in the six Putnam County municipalities.

Bainbridge certainly has the most crowded field and saw the most action on Monday, as the number of town council candidates grew from four to nine.

They join Rodney Fenwick, J.C. Mandeville and incumbents Jerry Lents and Joel Thompson on the ballot.

Current member Scott Curran will not seek a second term.

They will be vying for the three at-large seats that compose the council.

The race for Fillmore Town Council grew by one candidate with Jerry Huff adding his name to those of incumbents Bill Ashcraft, Robin Duncan and C.J. Huller, as well as Meridith Trusty.

These five will be vying for three at-large seats.

The race for clerk-treasurer in Fillmore stood pat on the final day, with Tonya Gruenholz challenging incumbent Jayna Haldeman.

Russellville will not have any contested races, but as of Friday had no candidates at all.

That changed when current Clerk-Treasurer Martha Mandleco filed to run, as did council incumbents Cathy Jones and Cary McGaughey. They are joined in the race for three at-large seats by Norman Jean Gross, a former council member.

Current member Jim Davis did not file paperwork to seek another term.

There were no late changes in Cloverdale or Greencastle.

In the race for Cloverdale clerk-treasurer, Republican incumbent Cheryl Galloway will be challenged by independent Vanessa Carr.

In Ward 1, Republican incumbent and Council President Larry Fidler is not facing a challenge.

In Greencastle, where all candidates are Republicans or Democrats, neither party had any last-minute surprises and several office holders remain unchallenged.

In Third Ward, however, Republican Haywood Ware and Democrat Veronica Pejril will face off to replace retiring Steve Fields.

Voters are reminded that although these are municipal elections, not all incorporated towns in Putnam County have vote center locations. This means that if the county conducts the election, voters in Fillmore, Roachdale and Russellville will have to leave town to cast their votes.

More details on polling locations and early voting will be released closer to the date of the election.