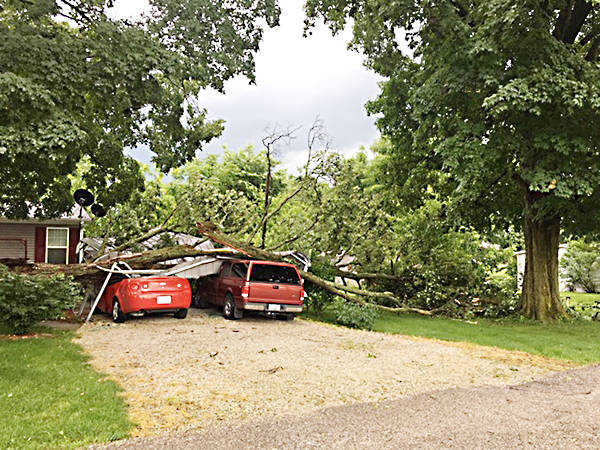 Sunday storms didn’t stick around long in Putnam County, but they left their mark throughout the area, including a tree down on a carport and a leaning utility pole in Bainbridge.
Courtesy photo

A severe thunderstorm rolled through Putnam County around 6 p.m. Sunday evening, leaving damage and power outages in its wake.

A photo from Bainbridge showed a tree down across a car port, crushing the structure as well as damaging the car and pickup parked under it. 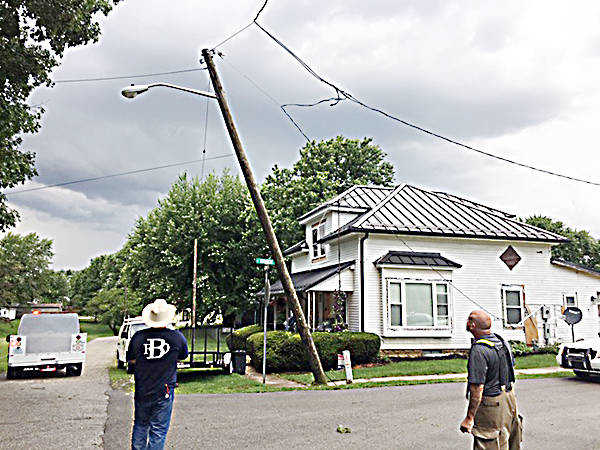 Sunday storms didn’t stick around long in Putnam County, but they left their mark throughout the area, including a leaning utility pole in Bainbridge.
Courtesy photo

In another incident around 8 p.m., a Cloverdale man struck a tree down across County Road 800 South, hitting both the tree and downed power lines. More details are available in Putnam Scanner.

Another large tree was down in a yard near the east end of Seminary Street in Greencastle, though it fortunately missed hitting any structures or vehicles.

There were numerous reports of trees into power lines, the results of which included approximately 1,300 residences without power in southern Putnam County at one point. 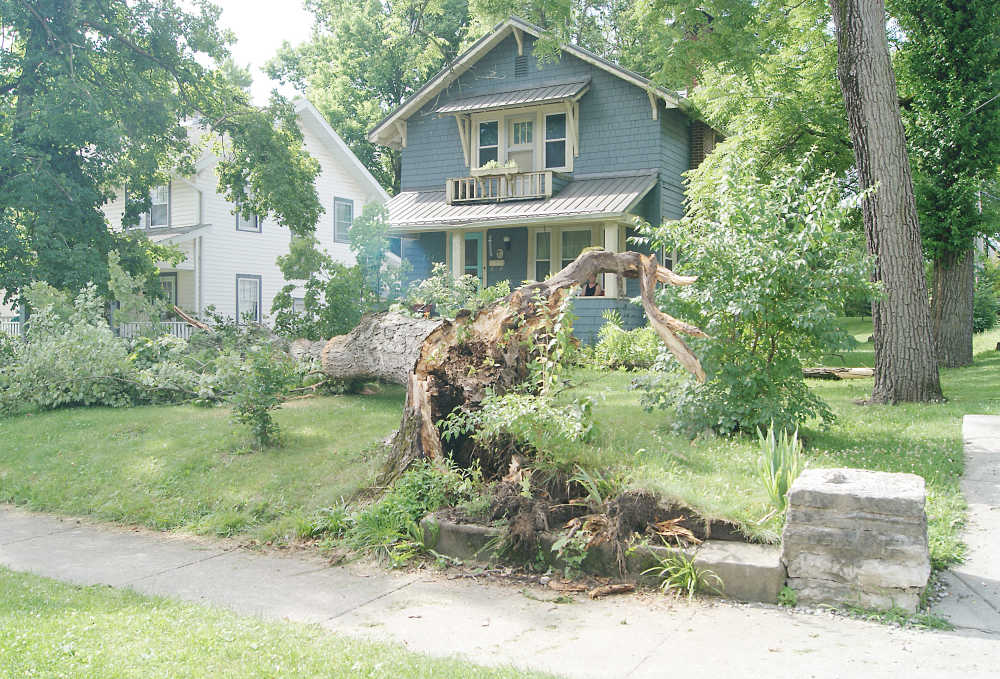 A tree down in a Seminary Street yard in Greencastle.
Banner Graphic/Jared Jernagan

While much of the power was restored Sunday night, utility crews were still working to restore some of the power Monday morning.

Chris Edwards, severe weather specialist for the Putnam County Emergency Management Agency, had been tracking a storm traveling southeast from Wisconsin for much of the day on Sunday.

Edwards reported to Putnam County Dispatch Director Dave Costin that he believed the system would dissipate, but it continued to gain momentum from the high temperatures Sunday.