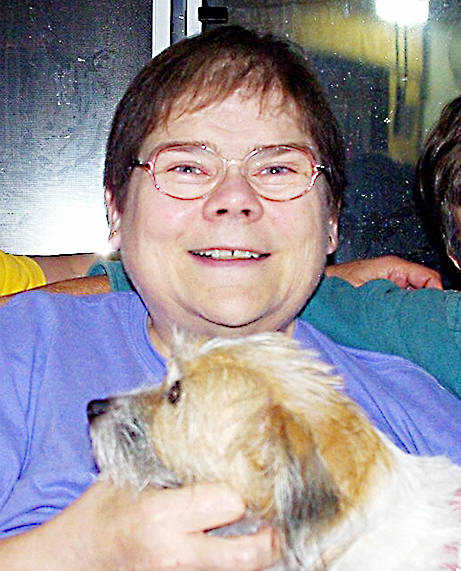 Born in Beech Grove to the parents of Donald and Joan “Lee” Walker, Kathy was raised in Greenfield and graduated from Greenfield-Central High School in 1975. Originally in the class of 1973, she missed two years due to a severe illness.

Kathy worked her entire adult life in the service of others. Over the years, she was employed by Putnam County Comprehensive Services in Greencastle, New Hope and Americana North in Indianapolis and Manor Care Health Services in Spokane. She served as director of Oregon Industries for the Blind, and provided adult foster care for many years. She also worked for Cascadia Behavioral Healthcare and Home Instead Senior Care.

Kathy had a love for Oregon, especially her adopted home city of Portland. She loved the Oregon landscape with its blanket of Douglas firs and was an avid gardener. She loved visiting the coast with friends and family, which she did often.

Kathy’s love for animals began in early childhood and never left her. She most always had the companionship of at least one cat, often several more.

She was a fan of every sport you could imagine. In college she quarterbacked a DePauw Powder Puff football team and refereed women’s field hockey and for years coached teams for the Indiana Special Olympics.

Kathy maintained many lifelong friendships, some from as far back as pre-school. Though she had a couple of long-term relationships, she never married, and was quite content to remain single. She concluded that her need for independence and space outweighed any desire for a life partner, and said it would take one hell of a woman to change her mind.

She is survived by two brothers, David Walker of Burns, Ore. and Eric Walker (and Anita) of Noblesville; two nephews, Daniel Walker (and Jessica) of Fountaintown and Bo Walker of Soap Lake, Wash.; and several great-nephews and a great-niece, and many cousins.

She was preceded in death by her parents.

Memorial contributions can be made to the American Cancer Society, the Leukemia & Lymphoma Society, or to any organization dedicated to humanitarian aid.