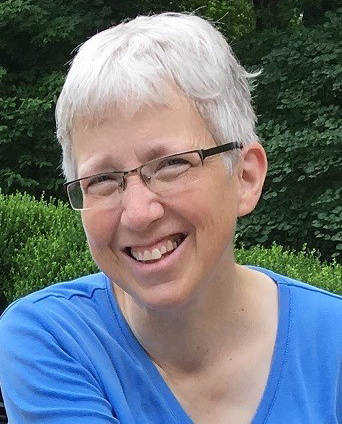 A new rainbow-colored bench that now greets visitors to New Pathways Preschool is more than a piece to be shown.

Indeed, it is a testament to the memory of a late teacher who inspired her students and colleagues to complete what was a worthwhile project.

Stephanie Hunter began a recycling project in her class at the beginning of the 2017-18 school year, with the aim of collecting and sorting plastic caps that would eventually be made into a bench. The goal starting out was to collect 100 pounds of bottle caps. 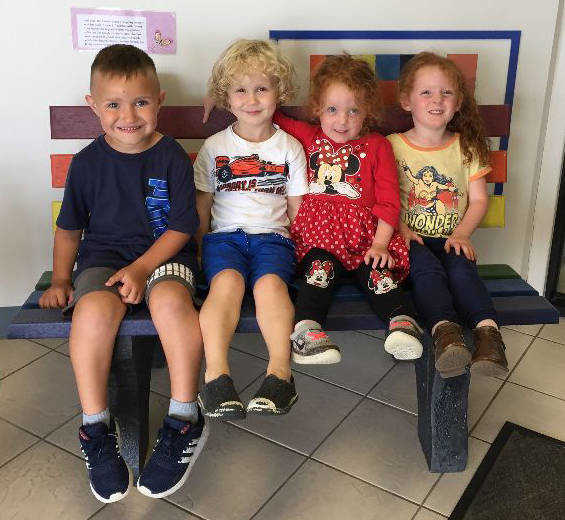 However, Hunter died last October due to complications from a long battle with leukemia. Olivia Hoagland wrote to the Banner Graphic that she passed away after what was her fifth battle with the disease.

Hunter was a lifelong resident of Greencastle and attended DePauw University. In addition to her teaching at New Pathways, she had also worked at Hendricks Regional Hospital and held advanced degrees and certifications.

Hunter was a special education teacher who taught pre-K at New Pathways before her death.

Even though they were heartbroken by Hunter’s death, Hoagland said the staff at New Pathways resolved to finish the project because of how much it had meant to her.

Hoagland, who also teaches at New Pathways, said she then took up the lead. Her students and their families, as well as Hunter’s friends, family and co-workers from Hendricks Regional, all contributed to the project.

134 pounds of plastic caps were collected by the group in nine months, far surpassing the initial goal. Hoagland then took them over the summer to Green Tree Plastics in Evansville, where they were molded into the bench that now sits inside the entryway.

The bench was brought back and recently donated to the school by Hunter’s students, now kindergarteners, in memory of her and the impact she had on them and staff.

“The final product was so rewarding, and there were lots of happy tears from the New Pathways staff,” Hoagland wrote. “I know Stephanie would be so proud of the kids and their hard work in finishing this project. We are so excited to have something so meaningful to remember her by.”

Hoagland’s son Henry did his part as well, as he was in Hunter’s class when the project got under way. When asked what the bench meant to him, he referenced his teacher’s bright personality and sense of fun.

“I think she would want to sit on it, because I think she’d like how colorful it is,” Henry told his mom.

“The love and caring showed by Olivia and the rest of the staff at New Pathways in getting this bench completed is so appreciated by myself and her family,” added Leslie Hanson, a close friend of Hunter who helped organize the caps.

“Stephanie would be so pleased and thankful for all their work.”