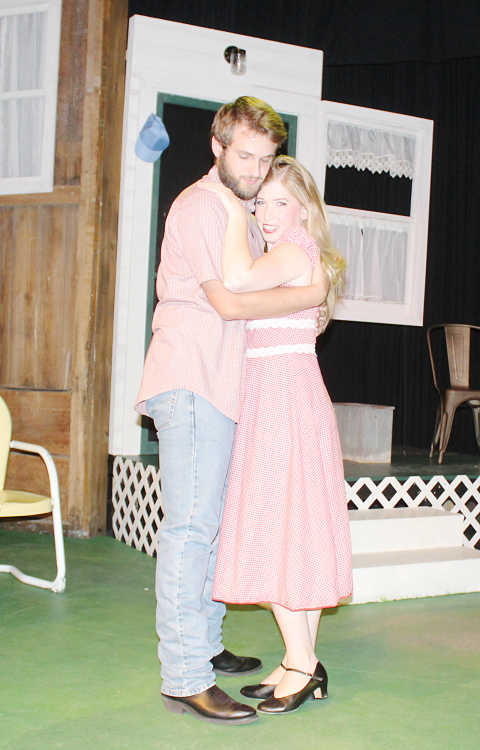 Putnam County Playhouse ends its 58th season with a production of the Pulitzer Prize-winning play “Picnic” by William Inge.

The play is sponsored by The Boatright Dental Group – Dr. Gina Boatright.

“Picnic” is directed by Jack Randall Earles. Assistant director is Sandi Rossok and production stage manager is Brandon Wunderlich. This team was responsible for last season’s hit comedy “Barefoot in the Park.”

When Hal Carter (Dylan Arnold) comes back to the small Kansas town he grew up in, he changes the lives of everyone around him. This includes Madge (Sarah Armitage), a local girl; her sister Millie (Hadley McCoy); their mother Flo (Caroline Good); and their neighbor Helen Potts (Tammy Hunter).

Arnold and McCoy are making their PCPH debuts in leading roles. Armitage has appeared locally in “Guys & Dolls” and “Barefoot In The Park.”

Local schoolteacher Rosemary (Shelly McFadden) takes the lead with her reluctant beau Howard (Brad Sandy) and helps him decide what her future will be. Both McFadden and Sandy are members of the PCPH board of directors and have appeared in a variety of roles on the Hazel Day Longden Theatre stage.

Lighting design is by Dustin Bond. Sound design is by Bond and Craig Armitage. Set design and painting is by Linda Gjesvold. Running the light board is Lisa McCoy. The sound board is run by Noah D. Pettit. Costumes are by McFadden and Good.

“Picnic” was last produced by PCPH in 1988 and was most recently revived on Broadway in 2013.