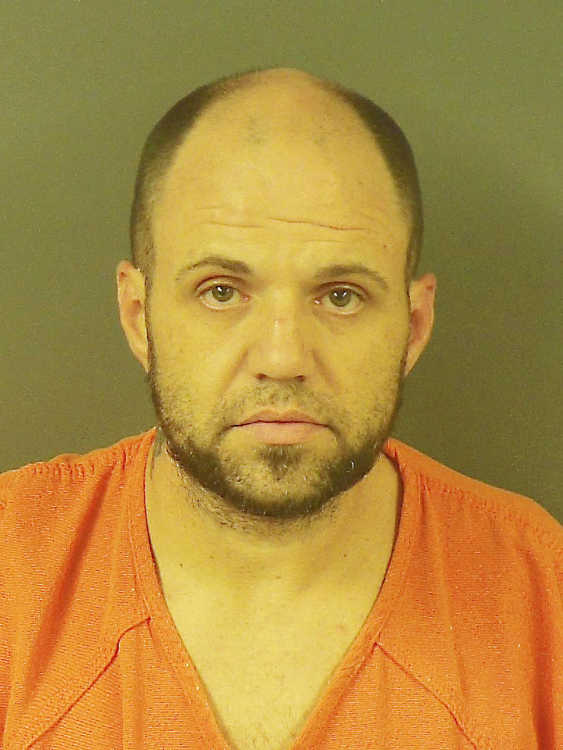 The long memory of a veteran local police officer led to the arrest of a Greencastle man on robbery charges.

In 2002, Raymond Strange attempted to rob a local business and masked his face by wearing a hooded sweatshirt turned backward with eye holes cut in the back of the hood.

That was the break police were looking for, as they went on to find clothes matching the suspect’s in Strange’s southside apartment.

The 40-year-old was formally charged with Level 3 felony armed robbery in Putnam Superior Court on Monday.

The investigation began at 1:50 a.m. on Aug. 31, with the Shell clerk telling GPD Sgt. Eric Vaughan the store had been held up by a man dressed all in black and “wearing some sort of mask.”

Cloverdale Deputy Marshal Levi App and K9 partner Maggie tracked the scent from the scene, arriving nearby at 2 Fairview St.

App and GPD Officer David Brown knocked on the door and spoke with the occupants. During the discussion they noticed a strong odor of marijuana coming from the home.

A search warrant was obtained, but no links to the Shell robbery were found. However, a small amount of marijuana and methamphetamine were located and a subject was taken into custody on a warrant.

The investigation continued, but no break came until Collins was discussing the case with Pettit three days later.

Collins then learned that Strange was living at Woodhaven Apartments, which are located east of the Shell station. Investigators were confident the subject had fled on foot.

Additionally, Officer Brown recalled an encounter with Strange early in August. Upon reviewing Brown’s body cam footage, investigators found Strange had been wearing the same shoes and pants as those in the surveillance footage.

Collins applied for and was granted a search warrant for Strange’s apartment.

During the search on Sept. 6, officers found the pants, shoes, an altered shotgun and a hoodie with eye holes in the back of the hood.

Strange’s wife confirmed that all of these items belonged to him.

Strange was then taken to the Greencastle Police Department for questioning.

During the interview, he told Collins someone had the key to his apartment and had set him up.

“I told Raymond I did not believe that someone broke into his apartment, put on his clothes, went and robbed the gas station, then broke back into his apartment and put the clothes back,” Collins wrote. “Raymond admitted it sounds strange but people were out to get him.”

Collins then confronted Strange about the robbery fitting the same description as the one from years ago.

“Raymond advised that is how he was back then but I had the wrong guy,” Collins wrote.

Strange was booked in the Putnam County Jail at 3:10 p.m. on Friday.

In court on Monday for an initial hearing, Strange stuck to this claim, saying the more than four years he did in prison for attempted robbery in Putnam County and robbery in Clay County had rehabilitated him.

“I haven’t been charged with anything in 17 years and I rehabilitated the last time around,” Strange said.

The defendant often found himself at loggerheads with Judge Denny Bridges, answering questions the judge hadn’t asked and generally expressing his distaste for the process.

Asked if he had the charge in front of him, Strange gave the judge more than he had asked for.

Strange learned that if convicted, he will face 3-16 years in prison for the charge.

The defendant said he was hoping to be released on his own recognizance, as he hoped to attend to some other matters, including hiring a lawyer.

“I don’t OR people on Level 3 felonies,” Bridges said.

“I haven’t even set your bond yet,” Bridges replied, losing patience.

With that, Bookwalter recommended a $30,000 bond, cash only.

“That is pursuant to our bond schedule here in this county.”

Jim Hanner was appointed as Strange’s public defender, with a pre-trial conference set for Oct. 30.