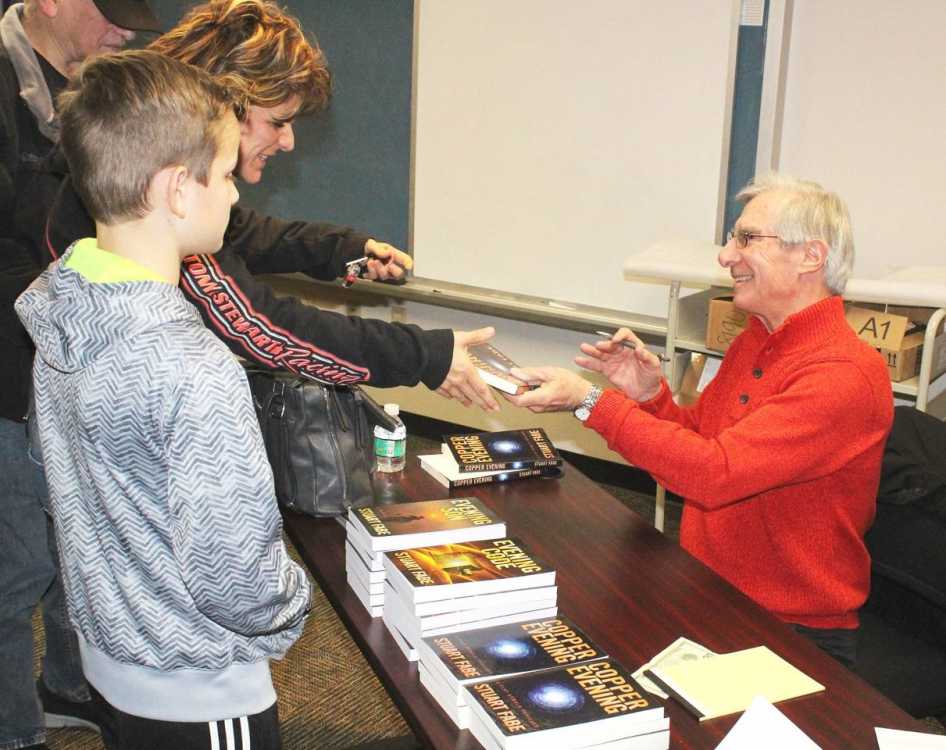 “My trip brought me two things – my book and a photograph of the night sky,” he told an Author’s Talk audience of about two dozen Monday night at the Putnam County Public Library.

Fabe, an engaging fellow who resides near Brick Chapel, read from his latest book, “Copper Evening” and unveiled his latest photograph of the night sky to oohs and aahs during the one-hour program. 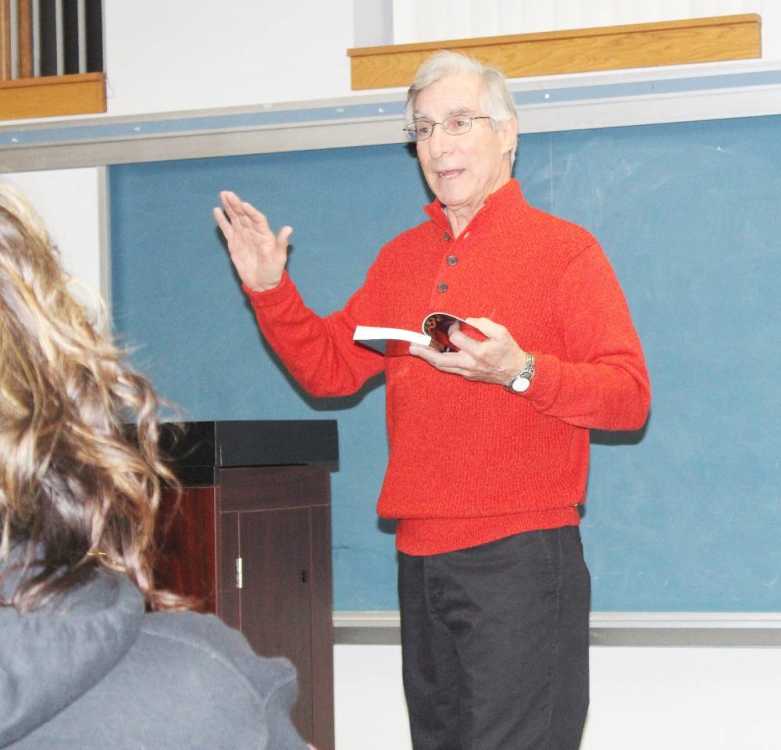 His summer travels took him to the Keweenaw Peninsula, located in the northernmost part of the Upper Peninsula of Michigan, a region known as Copper Country because of huge deposits of copper ore that were mined for many years.

It was with that backdrop that the idea for Fabe’s sixth novel (and fifth in the Clay Arnold series) sprang forth.

“I really started getting fascinated by what was going on in Copper Country,” he said. “I knew the Indians were interesting and I knew the mines were fascinating.”

Reading from the prologue of “Copper Evening” that propels his story forward 500 years where Clay Arnold and his family enter the picture and the makings of a thriller evolve, Fabe explained, “That’s the genesis of ‘Copper Evening.’”

Pleased at how he was able to blend ancient Indian legends with modern-day issues and problems, Fabe explained that the visit to the Upper Peninsula jump-started his creativity.

His lead character, Arnold, began his literary life as an avenging vigilante before evolving into “a good husband, father and friend,” Fabe said.

“You can only whack people so long,” he added, “before you’ve got to shift gears.”

And Arnold invariably has “the knack of finding himself in situations he has to be extracted from,” Fabe said. “Clay goes up there and (stuff) happens.”

Asked how he gets his ideas for his novels, Fabe said the stories often surprise him as well.

“Why these things come out like they do, I don’t know,” he admitted. “I marvel at what comes out when I sit down to write.”

He said it wasn’t until he started to research Copper Country and its inhabitants old and new that the story began to evolve as he blended the “bits and pieces I could find into a constellation of thought.”

“For whatever the reason,” he added, “I like doing the research and letting my imagination take over.”

The 70-year-old retired Fabe, who self-publishes his books, remains realistic about his calling as an author.

“I know I’m not going to set the world on fire with this,” he said before signing and selling his creations for a number of friends and fans that had made up the audience. “I do this to entertain myself. Nobody in the world cares but me and I’m fine with that. I do it for myself.”