Marian University’s football team will look to pick up its first national title since 2015 tonight when the No. 2-ranked Knights play No. 1-ranked Morningside in the NAIA football championship game. 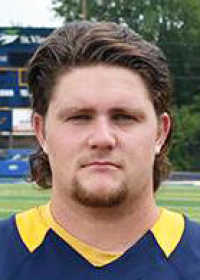 Marian is looking for its third national championship title with wins coming in 2012 and 2015.

This is Marian’s fourth trip to the championship game. Morningside is trying to repeat as national champions after defeating Benedictine 35-28 last season for the program’s first national title.

The teams are no strangers to each other.

When Marian and Morningside meet there is always a lot on the line. This year is no different as the two teams meet for the national championship with undefeated records.

Marian has defeated Morningside in the previous two meetings and both came late in the NAIA playoffs. The last time the two teams met, Marian won 41-21 at Morningside in the 2014 NAIA FCS Semifinals. The Knights also beat the Mustangs on a game-winning field goal in overtime, 30-27, in the NAIA national championship in 2012.

A live radio broadcast will be available on 1070 The Fan in Indianapolis with Scott McCauley and Zach Graves on the call.

On Friday, Marian senior tailback Charles Salary was named the NAIA national player of the year.

He finished the regular season with 1,240 yards on the ground and 13 touchdowns. He also caught nine balls for 133 yards and a score. His workload was heavy when Marian needed him most, and he responded. Against No. 3 St. Francis, he carried the ball 42 times for 183 yards and three touchdowns. After the bye week, he crushed No. 10 Concordia for 309 yards and two touchdowns on 46 carries.