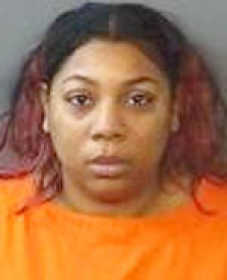 PUTNAMVILLE -- A 30-year-old former Indiana Department of Correction employee has been arrested following an investigation into alleged attempted trafficking at the Putnamville Correctional Facility.

The arrest comes after an investigation into allegations that Theresa Ciara Ann Addison attempted to traffic suspected suboxone and a cell phone into the grounds of the facility.

Suboxone is a prescription medication used to treat opioid addiction.

Addison was initially lodged in the Hendricks County Jail at Danville, but was later transferred to the Putnam County Jail.

The investigation was reportedly initiated by correctional officers of the Indiana Department of Correction (IDOC), who were also assisted by members of the Plainfield Police Department.

Addison was a correctional officer at the Putnamville Correctional Facility since April 2019. She was fired in October.

“We do not tolerate trafficking of any substance into our facilities and will aggressively work to prosecute any person who traffics – be they a citizen or an employee – to the fullest extent possible,” Brian Smith, Putnamville Correctional Facility warden, said.

She posted the $250 bond later that day.