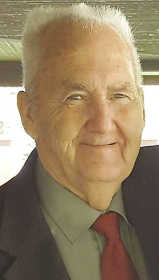 Dennis “Wayne” Buis, 75, of Stilesville, passed from this life on Thursday, Jan. 16, 2020 in Hendricks Regional Health Hospital in Danville.

He was born on April 30, 1944 in Greencastle to the late Dennis and Donnis (Bennett) Buis.

Graduating from Belle Union High School with the class of 1962, Wayne was a lifelong resident of Putnam County.

Drafted into the U.S. Army, he proudly served one year in France as a medic and completed his assignment in Germany, where he found passion in repairing heavy machinery.

While at Alfie’s Diner in 1966, he was introduced to a young woman named Mildred, to whom he was united in marriage with on March 10. The Buises then settled into their first home in Little Point and completed their happy family with two boys and one girl.

After a reputable career of 25 years with McCallister Machinery, Wayne continued to work as a self-employed mechanic and repaired equipment for fellow farmers within the community.

Above all, he was an exceptional provider, a loving yet stern father and a proud grandpa and great-grandpa to his beloved babies. Teaching from example, the value of hard work and prioritizing family fueled a full and purposeful life.

In addition to his work and watching his family grow, Wayne enjoyed participating in tractor pulls, tinkering in the garage, gardening and raising cattle and bottle-feeding the calves. His simple, straightforward and modest manner was softened with the birth of each grandchild.

A legacy built on family and tireless work, Wayne will be missed beyond measure and his memory will remain in the hearts of family and close friends.

Along with his parents, he was preceded in death by a brother, Dean Buis; a grandson, Deston Buis; and one great-grandson, Easton Brown.

Friends and family are invited to gather to pay respects from 3-6 p.m. on Friday, Jan. 24 in Light Memorial & Funeral Chapel in Monrovia, with Pastor Gerry Griffith officiating a brief celebration of life memorial Service beginning at 6 p.m. Services will conclude at the funeral home and cremation arrangements were handled by Light Memorial & Funeral Chapel in Monrovia.

Dinner and continued reflection will take place at Rhea Farms directly after the service. All friends and family are welcome.

In lieu of flowers, memorial contributions may be made to the donor’s choice of the American Diabetes Association or the Belle Union Fire Department.

To share a favorite story, sign the online guest registry or light a candle in Wayne’s memory, please visit www.lightmemorial.com.