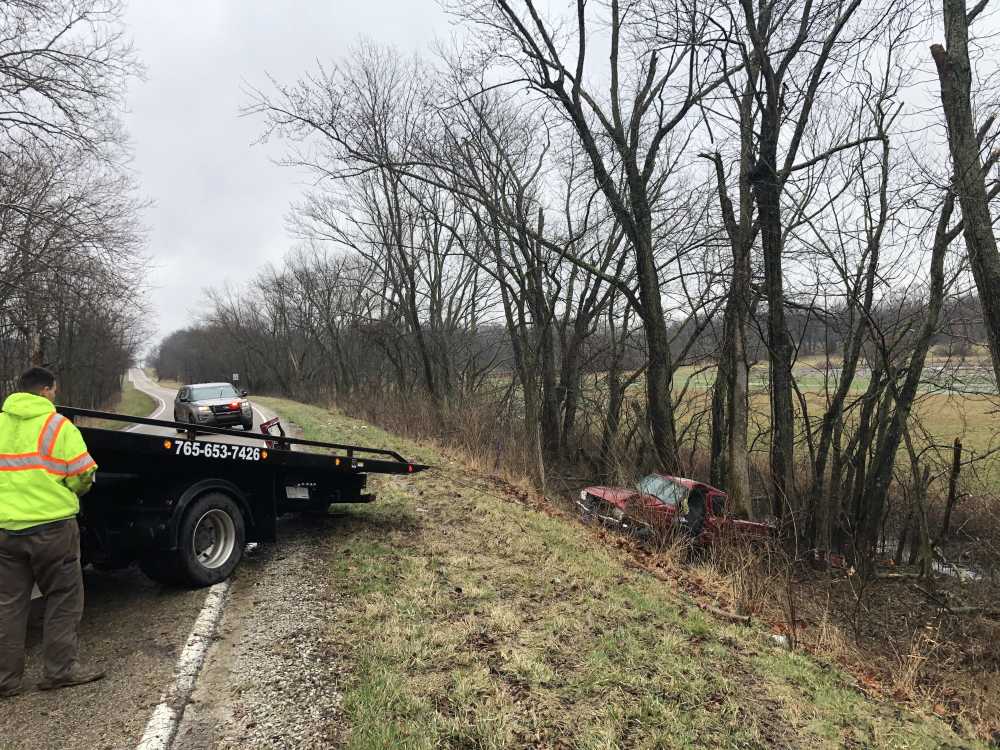 A Quincy teenager was killed Saturday afternoon when he lost control of his pickup and off State Road 42, into trees.
Courtesy Putnam County Sheriff's Department

Eighteen-year-old Justin Trimble was pronounced dead at the scene after his Ford Ranger left the road and hit several trees.

Trimble had been a senior at Cloverdale High School.

Around 12:40 p.m., Trimble was eastbound on State Road 42 near County Road 675 East. The truck had passed through the iron bridge over Mill Creek when a witness observed it lose control and skid off the south side of the road.

The truck went down an embankment of about 15 feet before striking several trees.

One of these directly impacted the driver’s side door.

Deputy Kyle Lee investigated the accident for the Putnam County Sheriff’s Department. Deputy Scott Ducker was off-duty but in the area and also responded.

Roads were slick at the time due to a wintry mix falling in the area.