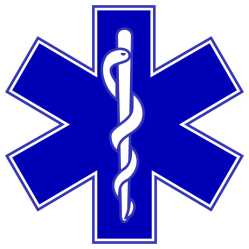 Putnam County EMS will have a new director in the near future.

During their regular meeting Monday morning, the Putnam County Commissioners approved hiring Kelly Russ as the new director of the county-run ambulance service.

Russ, currently employed by Indianapolis Emergency Medical Services, is set to begin her duties on April 20.

The Danville resident has served as the EMS education and training lieutenant and primary instructor for Indianapolis EMS since 2019.

She actually got her start in EMS as a paramedic for Putnam County Operation Life, the not-for-profit predecessor of Putnam County EMS.

Russ earned a Bachelor of Science and a Master of Public Affairs from Indiana University.

Commissioner Rick Woodall gave a brief summary of the process of hiring a new director to replace E.J. Claflin, who stepped down from his post just after Putnam County EMS formally came into being at the first of the year.

The county began with 11 candidates and enlisted the help of some experienced EMS professional to winnow the field.

Two candidates were brought in for interviews more than a week ago, with the Fountain County EMS director assisting the commissioners with the interviews.

“I believe one candidate has risen to the top,” Woodall said.

Though she has not been actively working as a paramedic on the street for several years, Woodall said Russ expressed willingness to ride and make calls in her Putnam County role.

While her current job focuses on training (Woodall described her as “knee deep in COVID-19” education right now), Russ also has experience with budgeting, which will be key in her new job.

Woodall said Russ also already has a deputy director in mind. The person was, in fact, one of the other applicants for the director position.

The vacancies made the new hire a top priority for the commissioners overseeing the EMS service that just formally came into being on Jan. 1.

Putnam County EMS had been in the planning stages for most of 2019, with the county taking over the responsibilities of Putnam County Operation Life, the non-profit service that had served the area since the 1970s.