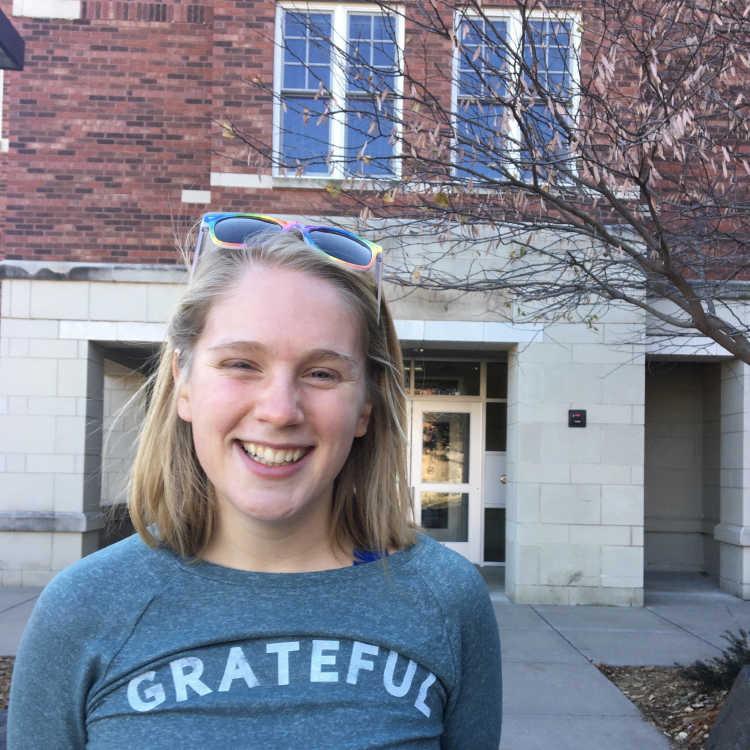 One of 1,900 students from around the country selected for the program, Greencastle High School graduate Katie Rose Parsons was recently chosen to receive a Fulbright grant. Parsons plans to spend one academic year in Malaysia, beginning next January.
Courtesy photo

In her time at both Greencastle High School and Carleton College, Katie Rose Parsons has managed to wrack up a few academic honors.

But when she was chosen to receive a prestigious Fulbright grant recently, it was more than just another award for Parsons.

In sending Parsons to Malaysia for one academic year, the Fulbright Student Program will not only immerse her in another culture, but will connect her with a little bit of family history.

“My mom’s family lived there. She actually graduated high school in Malaysia,” Parsons said. “When I was doing my application, it was about the one-year anniversary of when my grandfather had died, so I was thinking a lot about him.”

It will technically be Parsons’ second visit to the Southeast Asian country, though it will be the first she can actually remember.

“I did actually visit when I was very, very young,” Parsons said. “I was like 1-1/2 and my grandparents were still living there. But I don’t remember it at all.”

Thanks to the Fulbright Program, Parsons should make this an experience to remember, as she teaches English to high school students.

“I am very excited to live in a new country and be immersed in the language, culture and people,” Parsons said. “I also look forward to having a positive impact on young people’s lives and hopefully inspiring some through teaching.”

For now, Parsons is keeping her fingers crossed that COVID-19 won’t have an impact on her time abroad.

“So far, my particular Fulbright isn’t affected,” Parsons said. “Fulbright did push back all grant dates until January 2021, but my grant wasn’t actually supposed to start until January 2021 because of the Malaysian school year.”

There remains the question of what will be going on with the pandemic come winter.

“Things are going pretty well right now in Malaysia,” Parsons said. “They’re actually having a better go of it than the U.S. So I’m just hoping it stays that way.”

This is pretty much how Parsons sees her role in teaching Malaysian youths.

“I look forward to my perceptions of the world being challenged, learning Malay and creating new meaningful relationships,” Parsons said. “I am also grateful for the opportunity to further my teaching experience.”

Additionally, this won’t be Parsons’ first foray into such a cultural immersion, as she spent six months in France as a college junior.

“I was inspired to apply for the Fulbright because I thought I wanted to be outside the U.S. for a little bit,” Parsons said. “I was looking for an opportunity after graduation where I could have the same experience and help other people understand my culture.”

Of course, that understanding runs both ways, especially when it involved learning a new language.

Each year, the organization selects approximately 1,900 students to spend one academic year in a country of their choice. Fulbright participants are chosen for their academic record, personal qualifications, language preparation, eagerness to promote active engagement with a host community and the feasibility of their project.

Having started the application process last summer, Parsons learned several months later that her application was being sent to Malaysia. She learned of grant approval in April.

Having majored in economics and sociology and anthropology, with a minor in French, studying abroad falls right in line with Parsons’ future plans, though these remain up in the air, as she is torn between business and service.

“It may be kind of a business route or more of an international relations route,” Parsons said. “But I’ll figure that out and then figure out the logistics of grad school. I definitely think the Fulbright is a step in the direction I want to go.”

Those are questions for later. At this point, the more immediate problem is the possibility that Parsons could be sent anywhere in a large country.

“I have no idea where I will be in Malaysia because they don’t tell me where I’m going to be until I’m there,” Parsons said. “Which is kind of hard because it’s like the U.S. where it would be a lot different if you were in Texas than if you were in Maine.”

Regardless, it will be hot in Malaysia, particularly when she passes from winter in Indiana to summer in Malaysia.

“In some areas I would be expected to wear different things like traditional clothing. Unless I’m in a place like the capital Kuala Lumpur I’m going to have to wear something that’s going to cover my whole body,” Parsons said. “I’m having to get used to doing that in the extreme heat so I’ve been happy that it’s been hot here in Greencastle.”

So if anyone sees Parsons wandering around Greencastle, dressed from head to toe during the 90-degree heat, she hasn’t lost her marbles.

She’s just preparing for the experience of a lifetime.