Deputy gets man, dog out of burning car just in time 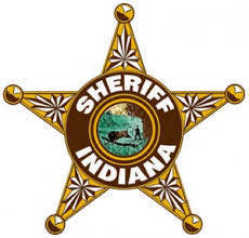 BRICK CHAPEL — While it always helps to be in the right place at the right time, the actions of a Putnam County sheriff’s deputy got a driver and his pet out of their vehicle just before it was destroyed by fire Wednesday evening.

Deputy Jeffery Freeman was northbound on U.S. 231 near County Road 350 North when he noticed an oncoming 2005 Dodge Neon with flames coming from the undercarriage.

As the driver of the Neon continued southbound, Freeman turned around to conduct a traffic stop.

Once the driver, 31-year-old Kyle Mekosh of Paragon, had stopped, Freeman was able to get both Mekosh and his dog out of the vehicle.

Moments later, the deputy notes in the accident report, the car became fully engulfed in flames.

Bainbridge Fire Department was dispatched to the scene. Once the fire was extinguished, the car was towed from the scene.

The vehicle was a total loss, with some minor damage also occuring to the road surface from the flames.