Ariens honored as the 2020 Supreme Showman 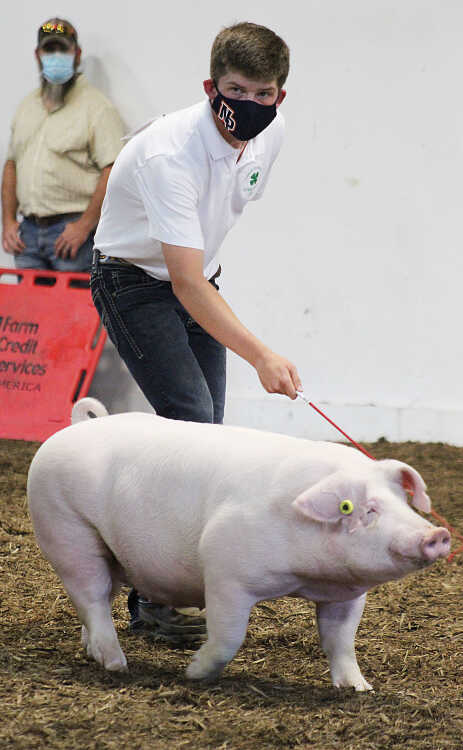 On the whole, this year’s Putnam County 4-H Fair was a decidedly unusual one. With none of the carnival fanfare and the absence of Legionburgers to boot, it was all about the 4-H’ers and their efforts.

This year’s Supreme Showmanship competition was unusual on its own. Besides moving to the horse arena for the final portion and the presentation of the awards, there were fewer people in the stands than normal.

Ultimately, none of this mattered in the moment as Seth Ariens kept his cool and his confidence -- and it finally paid off. After three years of vying for the coveted honor, the 17-year-old just didn’t win the large Supreme Showman trophy this year. He did it on his birthday.

“I’m so happy to have finally won it,” Ariens said after sharing hugs with family and friends. “I guess I’m still in shock right now, but I’m just so happy and overwhelmed and excited.”

Arien’s determined and reserved demeanor belied what he believed was his greatest strength shown in this year’s contest. When an animal got flustered, it was important for him to “just deal with it.” 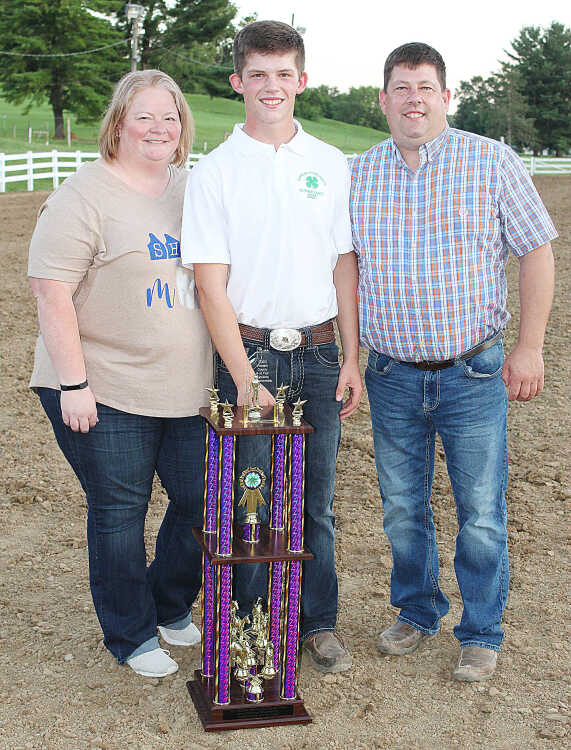 Ariens was named the Reserve Supreme Showman at the fair last year, with Katie Fry taking the top honor. He suggested that this year’s was about becoming more familiar with the species, especially with goats and horses.

“I went back and just doubled-checked and triple-checked myself on the species that I knew I wasn’t very good at,” Ariens said of his preparation. “With us not being at the fair every day, I had a lot of time. I just went out and I worked ‘em and I worked ‘em.”

In addition to Ariens and Mahoney-Sutherland, the other barn representatives in the competition were Ethan Hamm (swine), Sarah Fuhrman (sheep), Emma Summers (goats) and Parker Hacker (beef).

It was noticeable that Ariens is close with the 4-H’ers he competed against Thursday evening. In all of the excitement, he showed a level of humility and grace in having shared the ring with them.

“I just want to say to all of my competitors that they were absolutely amazing,” Ariens remarked of his fellow showmen. “I couldn’t have chose a better set of people to compete against. I just can’t wait until next year to see who gets in it.”

After his win this year, and with two years to go still before he becomes a 10-year 4-H member, Ariens said he wants to devote some of his experience to helping younger 4-H’ers achieve the same result.

“Since I can’t do it again, I really want to help other people to win it,” Ariens said about moving forward after this year. He hopes he can inspire other 4-H’ers to put their best efforts forward in the competition.

Ariens is currently an eight-year member in 4-H. In that time, he has developed a dedication to the showmanship side of raising and maintaining livestock. He wants to bring that dedication down to those 4-H’ers who are coming after him.

“My passion is agriculture; my passion is leading others by example,” Ariens said about the impact he wants to have in 4-H. “I really want to set a good example for those younger kids.

“Me being an eight-year member, I feel like those kids look up to me a lot,” Ariens added, “so I really just want to set a good example and say, ‘Hey, when you’re older, you’re gonna get to do this, and it’s just completely awesome.’”

Ariens, an incoming junior, is the eighth-straight North Putnam student, and the 17th in the last 21 years, to take the Supreme Showman honor at the Putnam County 4-H Fair.